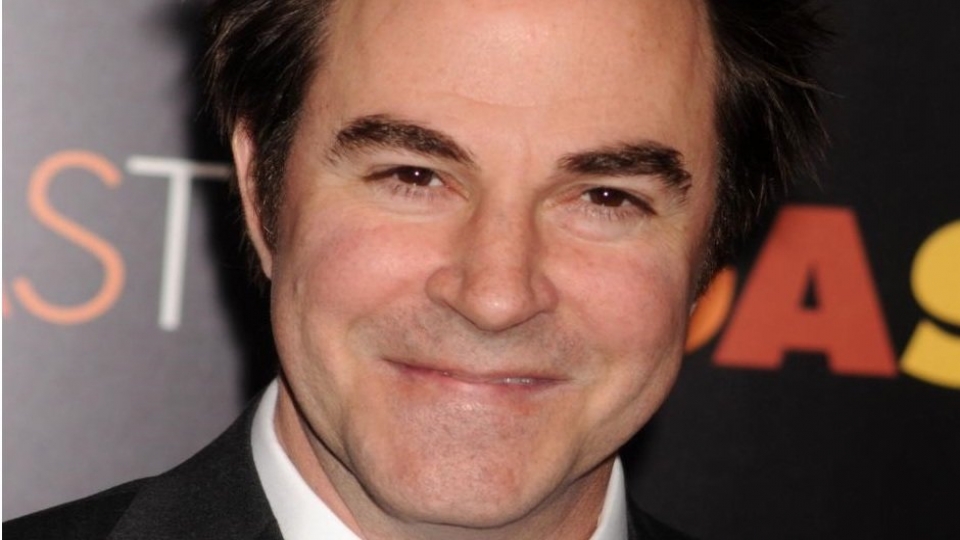 Last Vegas is out now on Blu-ray and DVD. The hilarious comedy stars legends Michael Douglas, Robert De Niro, Morgan Freeman and Kevin Kline as a group of life-long friends who reunite to take over the Las Vegas strip on a blow-out bachelor party like never before!

Roger Bart, the much-loved actor from such hits as Desperate Housewives, Revenge and Episodes, also has a hilarious supporting role in Last Vegas so EF’s Jason caught up with him about the movie and his career.

Check out our review of Last Vegas

How did you first get involved with Last Vegas and how difficult was it to get to grips with Madonna’s mannerisms for your role as the ‘Material Girl-loving’ Maurice?

Well I was pole dancing in a little joint in East LA called Fuzzy Peaches when the director Jon Turtletaub (who’s a regular) walked in and – – NO!!! I’m just kidding!

I first received a call from my agent that said the following in this order: “There’s a good deal of interest in you playing a major role in a movie starring Robert De Niro, Morgan Freeman, Michael Douglas and Kevin Kline” to which, I, of course, chortled and said “you’re joking, right?” which was then immediately followed with: “and you would be playing a Madonna impersonator”.

Obviously, I learned pretty quickly two things: My agents weren’t kidding and two – how to Vogue. I then had a meeting with Jon the director and the producers Amy Baer and Laurence Mark, casting director Francine Maisler and a few others and, much to my relief, was not required to dress up in a pointy bra or wear any crucifixes.

We had a wonderfully funny meeting, I read a couple of scenes, and I was offered this amazing opportunity.

The film is full of acting royalty. What’s it like working with the likes of Robert De Niro, Michael Douglas, Morgan Freeman and particularly Kevin Kline (as your dynamic with him is excellent)?

Working with Kevin Kline was fantastic fun. As you would suspect, he is extraordinarily funny and we improvised quite a bit in our first couple of scenes. He is one of those amazing actors that if you just let the camera roll, more and more hilarious moments unfurl one after another, and your primary challenge then shifts to just not breaking up.

My favourite times spent on the film were laughing with Jon and Larry Mark and Amy on set, and with Kevin and the lovely Mary Steenburgen in the make-up trailer during my very, VERY long transformation into our attempt at looking like Madonna. Which, quite frankly, I ended up, at best, vaguely resembling Joy Behar after a really long night.

What was your favourite scene in the movie?

My favourite scene was the one where Kevin and I were speaking about a major surgery and the recovery time for a particular professional athlete, but leading the audience to believe that we were speaking of trans-gender surgery. I was playing that I was “half-in-the-bag” so- even though I was still in full Madonna regalia, I had let go of any attempt at femininity, which made it all the more amusing for me.

What are your memories of your time on Desperate Housewives and how much of George Williams’ character and motives were revealed to you when you first signed on?

I loved playing George on Desperate Housewives. The second day of filming the creator of the show Marc Cherry came onto set and pulled me aside and said “would you like to know what we have planned for George?”. I replied “ummm. yeah?” And that was the moment I learned that sweet innocent George Williams- best Pharmacist in his graduating class- was a sociopathic stalker with his sights set on having Bree all to himself. I literally had NO IDEA! Funny, right?

Many, many laughs were had over the ensuing months with Marcia Cross, the crew and the fine directors. I tried to include in George that, though creepy and dangerous, he was also a fool- in the classic comedic sense. I wanted the audience to laugh, AND shiver and get enraged. Hope it worked 🙂

Given your musical and theatre background, would you like to appear on the London stage at some point?

I actually did perform on the West End at the Shaftesbury Theatre around 1996 in the first preview week of The Who’s Tommy. Hal Fowler had gotten injured during rehearsals and I briefly stepped in for him in the role of Cousin Kevin. I would love to return and perform there again. It would be a great honour.

I’m currently working on a play called “Strange Dents” with director Robert Jess Roth and actor Darrell Hammond in which I would be playing Andy Warhol and Darrell – Truman Capote. It’s a remarkable play all in their very own words and I think the West End would be a perfect place to perform it so hopefully… one day soon at a theatre near you. At least it won’t require fishnet stockings and body hair removal!

I’m also very proud to be playing Matt LeBlanc’s agent in the British/American TV Showtime series Episodes which is hugely fun and funny. And, if you want, you can still catch me on ABC Television’s series Revenge recurring as Mason Treadwell.

Last Vegas is out now on Blu-ray and DVD.