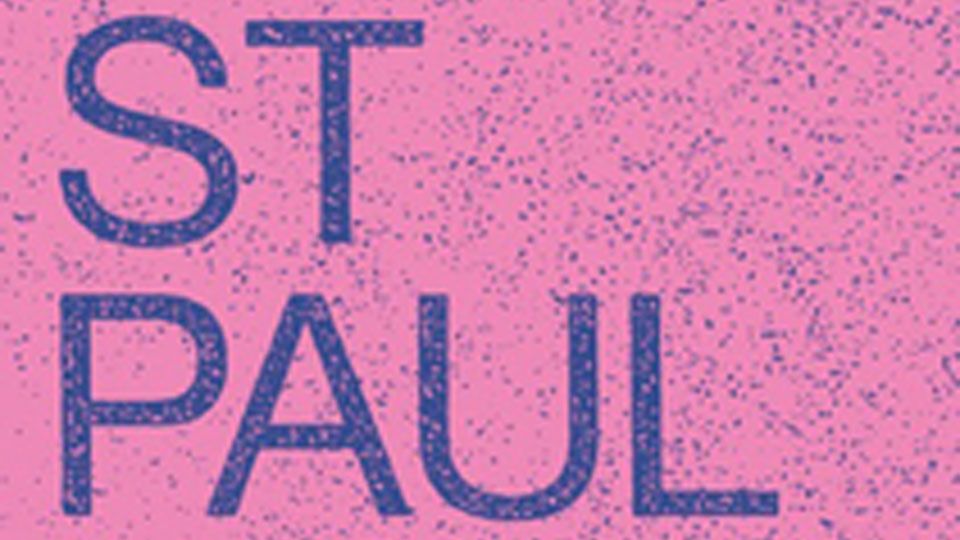 Pier Paolo Pasolini (1922 – 1975) was one of the most brilliant and controversial figures of the Twentieth Century. A Renaissance man, he was at once poet, intellectual and provocative artist. He is probably best-remembered, certainly outside his native Italy, as a filmmaker, and his movies caused no less controversy than anything else he turned his talents to.

Pasolini was well-known (notorious, some would say) for the sexual content of his films, which often featured full-frontal nudity and even sadism (Salo, or the 120 Days of Sodom). It’s little wonder that the mere concept of a re-imagined story of St Paul, the founder of the Christian faith, would, in his hands, ruffle feathers.

Financing was sought but not found, and the film was never made. Pasolini was murdered under mysterious circumstances (befitting his extraordinary life) in 1975. He did, however, leave a detailed story outline of the movie he wanted to shoot, and this has been translated into English for the first time. Verso’s publication of St Paul offers admirers of Pasolini’s work a unique insight into the story that obsessed the great man’s final years, providing a fascinating look at what might have been. The book is presented in an attractive hardback edition with dust jacket, and has been printed and bound to a high quality.

The text itself is surprising in that it is an intellectual more than aesthetic work, with very little of the eroticism or slapstick that made his other films so colourful. St Paul is political but also deeply religious. It’s a distinctly Italian work (and therefore Roman Catholic). As Alain Badiou attests in the foreword, “Pasolini remained faithful to a notion of religion that was consonant with his radical politics, characterized by a deep solidarity with ordinary people”. Whilst he shook off communism, Pasolini retained an affinity with faith, if less so with organized religion. It’s this fascinating dynamic and antagonism that makes Pasolini’s St Paul such a rewarding read.

Whilst Pasolini crafts St Paul into a martyr, his criticism of the established church is excoriating, and he uses St Paul’s alleged own words (from the various books of the New Testament attributed to him), in some respects to give him enough rope to hang himself. As Pasolini is quoted as saying in the introduction, “I violently condemn him [St Paul] as the founder of the Church, with all the negative elements of the Church already present: the sexphobia, the anti-feminism, the organization, the collars, the triumphalism, the moralism. In sum, all the things that have created the evil of the Church are all already in him.”

The most Pasolini deviates from the source materials is in his depiction of Luke (alleged author of the Acts), who is seen in league with Satan, and the two of them become rather fun behind-the-scenes meddling villains complete with evil laughs. Pasolini does this to force home the moral of his film, which is the discrepancy between religion and an established church, between what St Paul thinks his goal is, versus the cult he leaves behind. Or, in modern parlance: be careful what you wish for – you just might get it.

This is not a completed screenplay in the traditional format of descriptive action mixed with dialogue. Rather it is a scene-by-scene outline, with verbose descriptions of what Pasolini hoped to achieve and convey within each, including some of the technical requirements (the number of extras needed and whether or not it was to be filmed on location are regularly attested). It’s an unfinished work also in the sense that it is overwritten and therefore undramatic in parts. The project, despite a few rewrites, never reached the stage of being honed into the economy required for a polished screenplay. It is, however, very engaging and gives a taste of what the finished film might have looked like.

There would have been no First Century setting – Pasolini had intended to set the film in the 1940s (just as he had done with Salo, or the 120 Days of Sodom) up to the 1970s. It’s perhaps understandable that an Italian intellectual would find himself returning to WWII for inspiration, with the difficulty of reconciling religious beliefs with the Catholic Church’s explicit endorsement of fascism in general and Mussolini in particular throughout that time and subsequently.

Perhaps another reason the project languished is that the budget would have been stretched by the extensive global location filming, since it features more major cities than your average James Bond film. As well as Paris, Barcelona, Geneva, Marseille, Naples, Vichy, Monaco, Bonn and Rome, Pasolini wanted to shoot in locations outside of Europe in New York, where he sought to align the growing ministry of St Paul with the rise and murder of Martin Luther King (recent history at the time), and the burgeoning Civil Rights movement. As Pasolini explains, “The seat of modern power over the rest of the earth – is not any longer, today, Rome. And if it isn’t Rome, what is it? It seems clear to me: New York… The sanctuary… of enlightened and intelligent conformism – is no longer Jerusalem, but Paris.”

Like much of Pasolini’s work, the scope of St Paul is extensive, broadening the appeal of this translation to beyond the scope of Pasolini aficionados, film historians and movie enthusiasts to anyone interested in artistic explorations of religious ideology in popular culture. We rate the book highly because it is an enjoyable read, containing not only the full extant text of Pasolini’s planned film, but also an informative foreword and introduction (by Alan Badiou and Elizabeth A. Castelli respectively) that shines an engaging perspective on the nature of the project. The afterword by Ward Blanton will interest some, but is a touch academic for the lay reader. Naturally, it will always be somewhat frustrating that St Paul is forever unfinished, but this book is a very welcome excavation of and commentary on what would have been a major work by an intriguing, provocative and unforgettable artist.