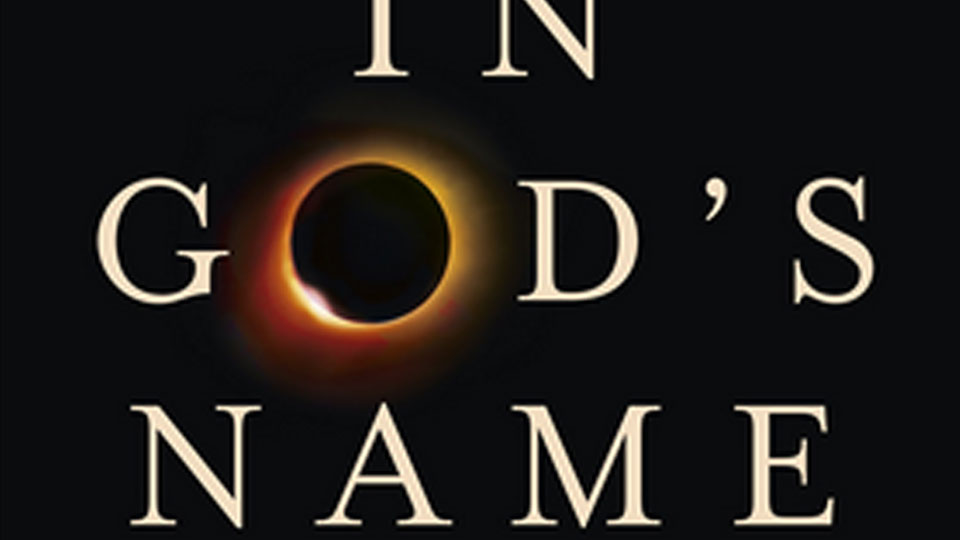 Rabbi Lord Sacks, until recently the long-standing Chief Rabbi of the United Hebrew Congregations of the Commonwealth, is taking life no easier since stepping down from the post. He continues to engage in the debate about religion’s role in society with Not in God’s Name, a new book that tackles head-on the threat of violence that results from religious extremism. The subtitle of the book is ‘Confronting Religious Violence’, and Sacks claims in his powerful opening line, “When religion turns men into murderers, God weeps.”

Nevertheless, despite the three great monotheisms purporting to be about love, peace and compassion, human history and contemporary societies are beset by religious extremism and violence. In Not in God’s Name, Sacks attempts to explain why this is the case, and spells out his hope for a future when human societies may resolve differences and respect a plurality of views. He does so with his usual measured and articulate voice in what is a thought-provoking and highly readable book. (Sacks’ liberal Judaism too has some way to go on this journey of embracing ‘the other’, over social issues such as marriage equality, perhaps?)

In explaining how religious violence originates, Sacks coins the phrase ‘altruistic evil’, which is when people feel morally justified in treating the ‘other’ with violence. He convincingly traces this phenomenon through non-religious causes too, speaking of the secularisation of knowledge, power and morality, and the resulting replacements for religion (the nation state; ideological systems, especially Communism; and race) and reveals how these too led to violence and death, culminating in the Holocaust. It’s hard to disagree with Sacks’ argument (he uses evolutionary psychology to make his point in these chapters, even covering The Prisoner’s Dilemma and reciprocal altruism, both ideas central to Richard Dawkins’ seminal work The Selfish Gene), and it’s interesting for the lay reader to hear it from a religious viewpoint.

Yet if humanity without identities (or to put it another way, tribalism) seems an impossibility – what is our best chance for stripping violence from a major form of identity – religion? This is the issue that Sacks goes on to discuss, starting in the first part with an examination of the dangerous capacity the human mind has for dualism – the cognitive dissonance needed to persuade ourselves that those not like us aren’t worthy of respect, or even life. Sacks traces how dehumanisation and victimhood are the two key elements lurking behind dualism, and then goes on to discuss a brief history of violence perpetrated against the Jewish people.

The chapters of exegesis in the second part of the book will be of most interest to biblical scholars and those with a developed interest in religious history and scripture.  The concern for the lay reader is always that religious texts are open to interpretation. Sacks argues against a literal reading, yet there are passages in most religious texts that, read literally, appear to call its adherents to violence. Sacks’ reasonable interpretations will widely appeal, but we’re left with the nagging feeling that there’s no compelling reason beyond basic compassion to believe his interpretation over any other. The sections on scapegoating are wholly convincing though – with the anti-Semitic language of Martin Luther and Hitler amongst others offered up.

Not in God’s Name sometimes uses compelling human stories to make its point. Not least is that of Csanad Szegedi, a Hungarian with fiercely anti-Semitic views who discovered he was Jewish himself, after his family members who survived Auschwitz hid their Jewry as they started new lives. Sacks uses this story for the main thrust of the third and final section of the book, which is about the difficult necessity of loving the stranger. You must share our faith to be fully human, is Sacks’ pithy way of summarising resistance to loving the ‘other’, and he goes on to strongly argue why we must overcome out-group hostility.

Whether or not you agree with Sacks’ arguments as spelled out in the three sections of Not in God’s Name, they are argued with conviction and persuasion throughout a wholly absorbing book. Sacks has stuck to talking mostly about Judaism in his exegesis of difficult bible passages that appear to centre on sibling rivalry. Perhaps this is out of respect to other faiths, who have their own spokespeople. Nevertheless, Not in God’s Name is not just a book for Jews, but a book for everyone, just as Sacks’ courteously argued political opinions and social reflections are of great interest to everyone, from those of other faiths to humanists, agnostics and anyone in between. On the subjects of religiously-inspired violence, and on the role of religion in society, Sacks’ voice is reasonable, intelligent and worth heeding on all sides. Properly understood, Not in God’s Name is a rallying cry for secularism and religious freedom.