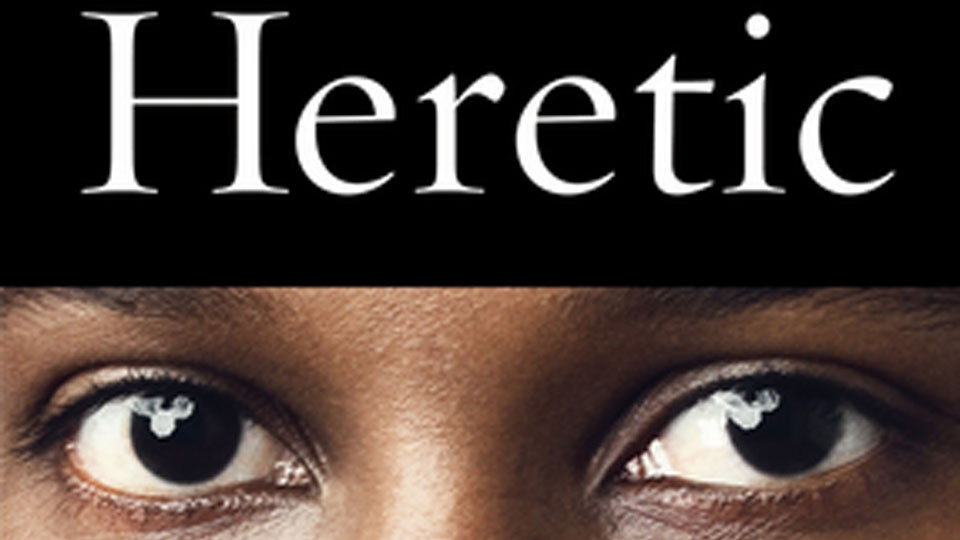 Aayan Hirsi Ali, the best-selling author of Infidel, returns to the subject of the religion of her childhood which she has left – Islam – in her new book, Heretic. A self-confessed infidel and heretic writing a book about why the author believes Islam is in need of a reformation is certain to be controversial and to arouse strong feelings, but Hirsi Ali’s view is that, “The dawn of a Muslim Reformation is the right moment to remind ourselves that the right to think, to speak, and to write in freedom and without fear is ultimately a more sacred thing than any religion.”

Hirsi Ali introduces the book by defining what she sees as three types of Muslim, where the militant group is the Medina Muslims, who, “see the forcible imposition of sharia as their religious duty”. The second group, which she identifies as the majority, she calls the Mecca Muslims, “who are loyal to the core creed and worship devoutly but are not inclined to practice violence.” The third group are the Modifying Muslims, dissidents who are reforming believers attempting to change Islam from within.

The core message of Heretic is Hirsi Ali’s assertion that terrorist attacks and acts of violence carried out by Muslims, such as 9/11 and the Charlie Hebdo massacre, as well as the actions of Boko Haram, Al-Qaeda, IS and other militant groups; and acts of domestic violence such as honour killings cannot be dissociated from the teachings of the Qur’an. This may be a difficult argument for many liberal-thinking people to accept, but Hirsi Ali argues her case cogently, and with insight into the thought-processes that motivate violent acts in the name of religion. In a sense, Heretic is one long polemic, but it mostly avoids unnecessary hyperbole, and save for a potted personal history in the first chapter (the basis of her earlier autobiographical work, Infidel, which will be familiar to its readers), Hirsi Ali retains an objective voice.

In the introduction, Hirsi Ali identifies five precepts of Islam that she considers important to reform in order for Islam to peacefully co-exist with modernity and the twenty-first century West. The proceeding chapters address the five key points in detail.

For many, radicalisation of disaffected young Muslims is of concern, and in the second chapter, Hirsi Ali traces the origins of radicalisation in a faith that, unlike Christianity, has no central hierarchical structure, which leads to multiple interpretations of the holy texts. There’s also a conservatism and conformity inherent in the Muslim faith, which is why, Hirsi Ali believes, “Islam is still persecuting heretics”, just as the Catholic Church did only a few centuries ago. Hirsi Ali sees the Muslim attitude to their faith as one of the main hurdles to reform. “From a Muslim reformer’s perspective, one of the main problems with Islam is that the tribal military and patriarchal values of its origins were enshrined as spiritual values, to be emulated in perpetuity.”

Chapters on Islam’s focus on the afterlife and the call to jihad bolster non-Muslims’ understanding of how deeply the faith can influence its adherents. There is an astonishing section about the psychology of suicide bombing and martyrdom, in which she quotes from a proud mother whose three sons all died carrying out attacks upon Israel. It is an attitude to death and a sense of fatalism almost impossible for liberal westerners to understand, and giving the context to it is one of the key strengths of the book. She explains why the introduction of sharia, strict Islamic law, would not favour women and sexual minorities, and why it is incompatible with a free and democratic west. Hirsi Ali follows this up with a chapter on how the strict social control, made official by sharia, starts at home, relating the thinking behind honour killings. Finally, Hirsi Ali turns her attention to jihad, the Muslim call to Holy War, and responds with her own call for an end to militancy.

Hirsi Ali’s writing style is accessible and engaging. Whilst the subject matter is contentious and political, the author never loses focus on her argument, which she presents persuasively and with erudition. This book will appeal to those interested in social change and the impact religion has upon societies and individuals.

Heretic is an attempt to have a conversation, and an invitation not to violence, but to debate. It’s a call for moderate Muslims to reclaim Islam, dissociate themselves from the militants, and embrace modernity. Hirsi Ali is in the unusual position of being able to write such a thesis, but hers won’t be the voice that ushers in any Muslim reformation since she is now on the outside, and in that sense Heretic, at least in the short term, is likely to have minimal impact as a call for Reformation (its success will likely lie in informing an interested lay readership). Yet, as she notes in her conclusion, ending the book on a tone of positivity, from the Arab Spring to the voices of other Muslim dissidents, a reformation may already have begun. It may be that the impact of Heretic increases with time, as life alongside modernity in a shrinking world makes change for all of us inevitable, religious and non-religious alike.