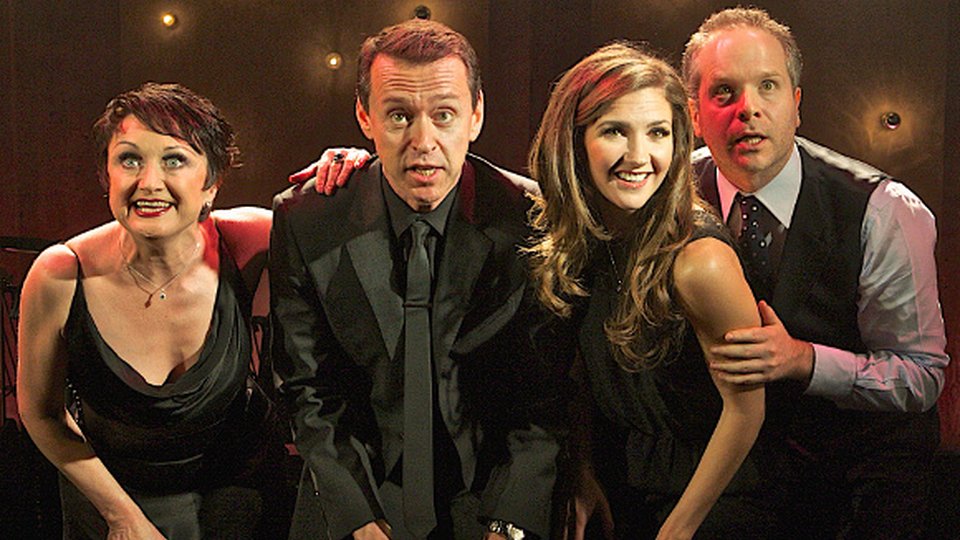 Andrew Lippa may not be a familiar name for the average UK theatre-goer but followers of the US composer are in for a treat with this indulgent but entertaining revue at the intimate Menier Chocolate Factory.

Lippa has tasted success on Broadway with musicals including The Wild Party, Big Fish and The Addams Family – all of which are showcased here. The composer narrates, accompanies on piano (and ukulele) and performs snippets from each of his shows, aided by a fantastic three-piece string orchestra and pianist. The night kicks off with an ode to Sondheim and the musical theatre references don’t end there. This really is a show for theatre aficionados and could fall a bit flat with the jukebox-musical crowd. However, those that appreciate some of musical theatre’s less familiar work have plenty to enjoy.

The Life of the Party – A Celebration of Songs by Andrew Lippa. Credit: Alastair Muir

Caroline O’Connor completes the cast, bringing a sense of old-school theatricality to the stage. O’Connor is the very definition of a seasoned performer and doesn’t put a foot wrong throughout the night, bringing the house down with An Old Fashioned Love Story from The Wild Party.

The Life of the Party – A Celebration of Songs by Andrew Lippa. Credit: Alastair Muir

Lippa also indulges the audience with songs throughout and is in fine voice, reaching a climax with a section from the Harvey Milk oratorio. He makes for a confident and engaging story-teller too, with most of the well-rehearsed quips hitting the mark.

The sound and lighting were as fantastic as ever for the Menier with the performers’ voices so crisp, you never miss a single word.

Some of the sections could’ve been afforded a little more context and there is no denying that this revue is catering for a very specific audience, but for those who were there, it felt like quite a special moment in time and a worthy celebration of a wildly talented man.