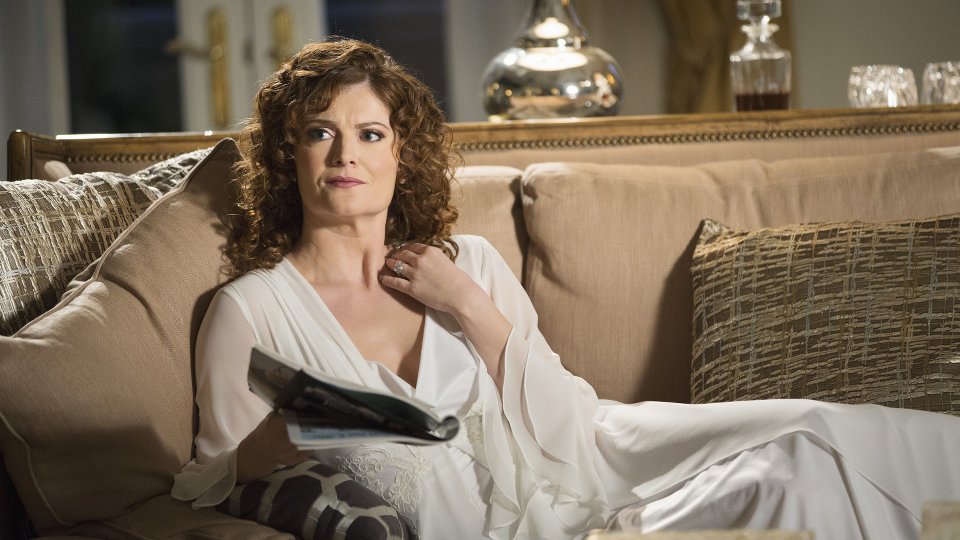 Marisol (Ana Ortiz) continued to dig into the past of her new beau last week when she discovered his ex-wife was a friend of Evelyn Powell’s (Rebecca Wisocky).

A brief gossip with Evelyn at an event led Marisol to believe that Nicholas (Mark Deklin) may have had an affair with Opal (Joanna Adler) and that Ethan (Colin Woodell) may be his son. Could she have finally sussed out her suspect new fiance? We highly doubt it…

Elsewhere in the episode Rosie (Dania Ramirez) took charge of Kenneth’s (Willie C. Carpenter) rehabilitation, Evelyn and Tony (Dominic Adams) admitted their feelings for one another after Adrian (Tom Irwin) accidentally shot her and a mysterious young man tried to kill himself out of Alejandro’s (Matt Cedeno) house.

In the next episode, Crimes of the Heart, Marisol grows suspicious of her fiancé, Genevieve asks Zoila to bring a date to a family event, Evelyn hatches a plan to drive Adrian out of the house, Carmen’s new job creates a conflict and Ethan grows closer to Valentina.