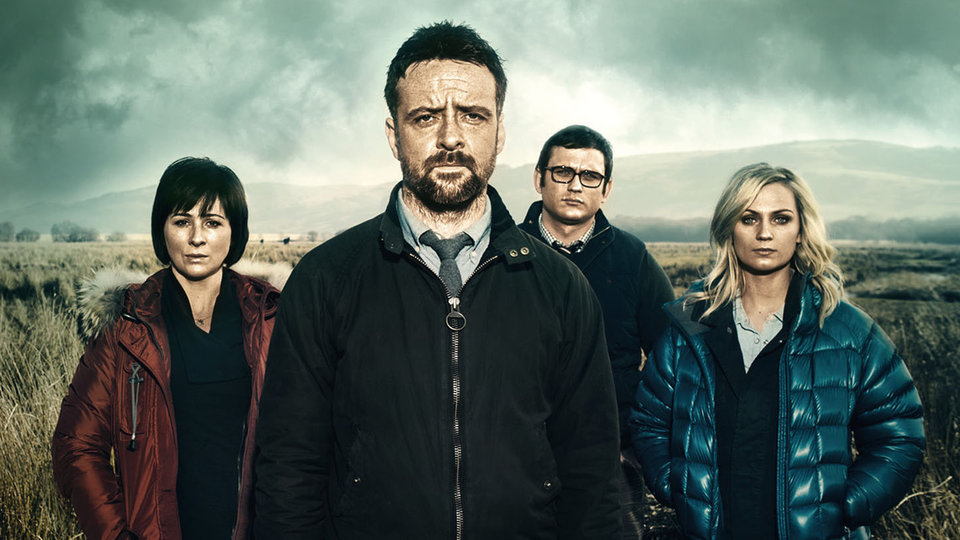 Hailed as Wales’ home-grown answer to the all conquering Danish detective thriller The Killing, Hinterland has already been bought by Danish Broadcaster DR – the company behind many of the most successful Nordic Noir titles, including The Killing, Borgen, The Bridge, Arne Dahl and many others.

Following several US-remakes of the aforementioned foreign language titles, it comes as a further coup that Hinterland has also been snapped up by Netflix for US distribution.

From the windswept sand dunes of the coastal lowlands to the badlands of the hinterland, Aberystwyth is the setting for this brand new 4-part drama series. Into this remote corner of West Wales steps the brilliant but troubled DCI Tom Mathias (Richard Harrington), following a decade in London’s Met.

On the run from his London past, Mathias isolates himself on the outskirts of a town filled with secrets as dark and destructive as his own.

Isolated farms and close-knit villages make up a part of the world where history, myth and tradition come face to face with the modern and contemporary – panoramic vistas and quaint facade hide a multitude of sins. This is a place that lives according to its own rules, a place where grudges fester, where the secrets of the past are buried deep.

To celebrate the new DVD release (out now), we are giving away 3 copies of Hinterland on DVD.

Advertisement. Scroll to continue reading.
In this article:Competition, Hinterland