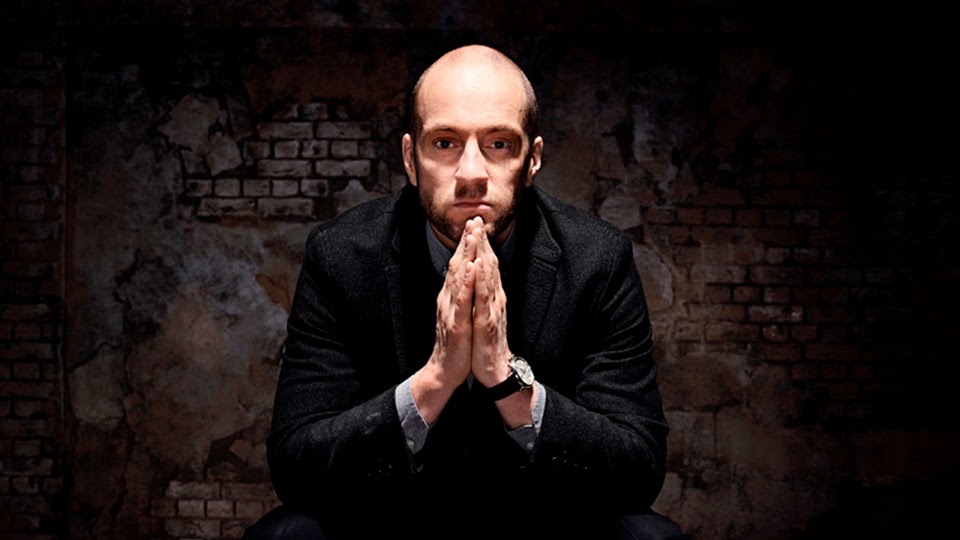 We’ve been fans of Derren Brown since he first appeared on TV back in 2000 with his Mind Control series. Since then we’ve seen most of his TV shows but never had the chance to see him perform live. So when we had the opportunity to buy tickets earlier this year for his new show, Infamous, we jumped at the chance.

We purposely turned up at the Blackpool Opera House (May 13th) knowing nothing more than the title of the show. Upon arrival we decided to purchase the programme which we are glad to say didn’t spoil any of the content. However it did leave us a little nervous while waiting for it to start when we read that the audience would be active participants.

The curtain lifted to reveal a minimalistic stage with a single chair. The backdrop was brought to life however with a combination of lighting and projection which worked wonderfully well throughout the show. There wasn’t long to wait until Derren Brown took to the stage ready to blow the minds of the 3,000 strong audience for the next two-and-a-half hours.

Being sworn to secrecy it’s impossible to talk in any kind of detail about what Brown did. The show is run completely by Brown with a lot of audience participation. At times he would do things with a single person, other times with groups of people and also the whole audience.

Brown made clear from the start that no stooges were used and that participants would be chosen completely at random. To do this he uses a wonderful idea of throwing an Aerobie flying ring into the audience. This is done to all parts of the theatre and people who catch it are often asked to throw it further to help allay any fears that it only goes where Brown wants.

Much of the time participants on stage are filmed and projected so that the audience can get a closer look at what is going on. This surely adds a little more pressure to those that are chosen but it also makes it far harder for Brown to hide his extraordinary skills.

On stage Brown is absolutely mesmerising and full of showmanship. He owns the stage and effortlessly keeps you interested. This is true whether he’s talking to a participant about the current trick, explaining something to the audience or chatting about past events in his life.

He performed many tricks on the night and each left us amazed. Even when you think you’ve worked out how he’s done something it still plays on your mind. Nearly a week after we’ve seen the show we still find ourselves wondering about it and think we will for a long time to come.

The tricks themselves are a mix of all the skills Brown is famous for including mind tricks, hypnotism, psychology, mathematics and illusion as well as some unusual ones that we didn’t know anyone possessed! Brown constantly changes the direction so you never know what is going to happen next which makes it all the more exciting.

Infamous is the best we’ve seen from Derren Brown and we’ll definitely be going to see him live again. It was a wonderfully entertaining and thought-provoking evening that kept us guessing even after the curtain closed.