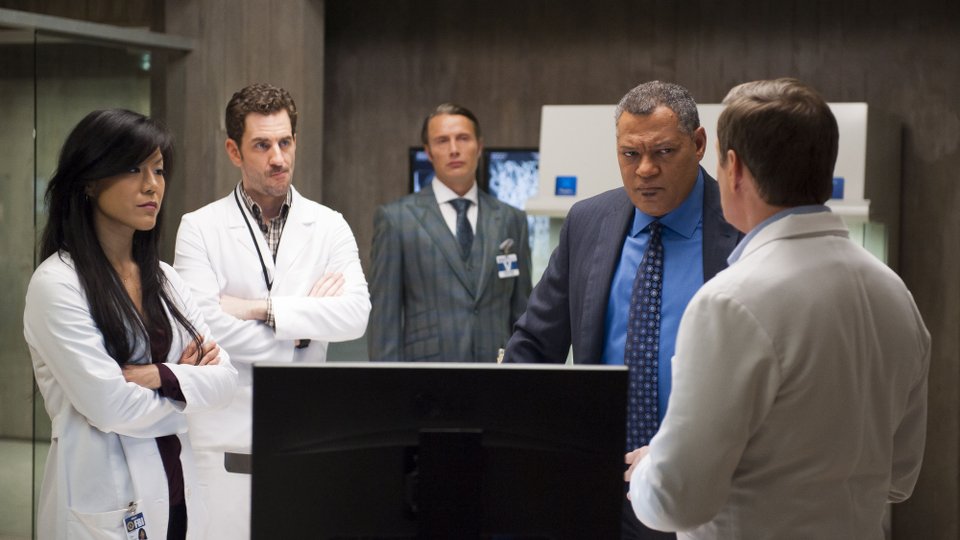 The last episode of Hannibal left us feeling incredibly queasy thanks to the human mural being constructed.

We never thought we’d be saying this but thank you Hannibal Lecter (Mads Mikkelsen) for putting a stop to it, even if he did kill the person responsible, add him to the mural and eat his leg. The thought is making us pretty sick.

Elsewhere in the episode Jack (Laurence Fishburne) caught wind that Beverly (Hettienne Park) has been visiting Will for help on the case, Will (Hugh Dancy) continued to suspect Hannibal of framing him and Bedelia (Gillian Anderson) cut ties with Hannibal and disappeared.

The next episode is titled Hassun. As Will’s trial begins, his colleagues have to pick a side. The case takes a chilling turn when someone starts recreating the crimes he’s accused of.

Tune into Sky Living HD at 10pm on Tuesday to watch the episode. Preview it with our gallery below: