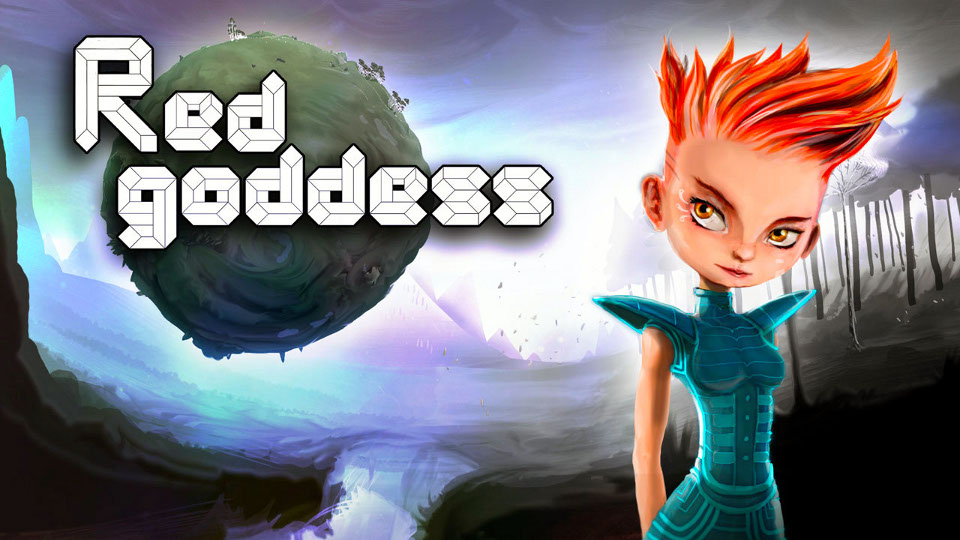 Earlier this week Yanim Studio announced the launch of their KickStarter campaign for Red Goddess. At the time of writing they are almost two-thirds of the way to their $30,000 target in just 3 days. They also have stretch goals planned up to $100,000 should they make their funding target.

The game is a 2.5D, action-adventure-combat-puzzle game, featuring superb visuals presented in a gorgeous art-style. Think of games such as Dust: An Elysian Tail or The Cave and you’re along the right lines.

In Red Goddess, you play as a troubled deity named Divine, who feels confused and haunted by her past. Something mysterious and unknown is tearing her apart from the inside out, destroying her mind, her soul and Divine herself! The journey begins when Divine decides to right this wrong by exploring her own subconscious, where she will discover a planet within her own mind made up of mountains, forests, caves and perils unknown.

Discovering who she is, who she was and what she will become is the quest but soon realized is that there’s more to this adventure than meets the eye.

[quote by=”Yannick Puig, Creative Director of Yanim Studio”]We’re super excited by Red Goddess, we’re going to combine puzzler with combat and platformer, in a Metroidvania style to give the player real variation. Using Unreal 4, we’re able to offer incredible visuals and complex environments whilst being able to bring the game to PC, PS4, PS Vita and Wii U. We’re going to introduce some stretch goals: for example additional localisation into Spanish, French and German, additional chapters and scenarios, and of course, many more power. We’d also really like to produce a Red Goddess comic.[/quote]

To find out more about the game or to pledge your support head on over to the Red Goddess Kickstarter page.