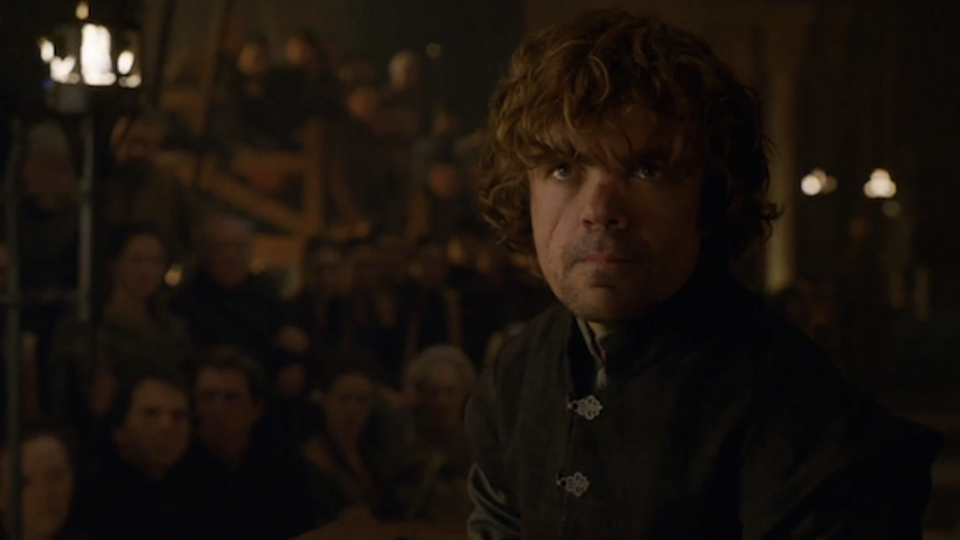 This week’s episode First of His Name was already the halfway point of the fourth series. It’s been another strong season so far and we’re now looking forward to the second half.

The sixth episode is written by Bryan Cogman and Alik Sakharov takes to the director’s chair for the first time this season. The episode is titled The Laws of Gods and Men with the official synopsis reading:

The preview starts with Yara Greyjoy on her way to rescue her brother Theon from Ramsay Snow. We haven’t seen much of Theon or Ramsay so far this season and it’s Yara’s first appearance since heading out in season three. It looks like we’re in for plenty of fighting and Ramsay is as crazy as ever bare-chested and covered in blood. Will Yara succeed and if so will Theon recover from his ordeal?

It looks like Stannis and Davos will be heading to the Iron Bank in the hope of securing a loan for their new army. We also see a lovely shot of what we think is Braavos.

Across the Narrow Sea it looks like Dany is settling in as ruler of Slaver’s Bay. We wonder how long she’ll stay before finally heading off to try and conquer Westeros. In the preview there’s a brief clip of one of her dragons and we can’t wait to see more of them.

Over at King’s Landing it seems the news of Dany’s progress is the topic of the day. Will Tywin be worried?

Also at King’s Landing is the start of Tyrion’s trial for the murder of Joffrey. Our favourite character seems to be in an impossible situation with his sister and father just two of the people against him. Can he talk his way out of this one? We can’t wait to find out!

Advertisement. Scroll to continue reading.
In this article:Game Of Thrones, The Laws of Gods and Men