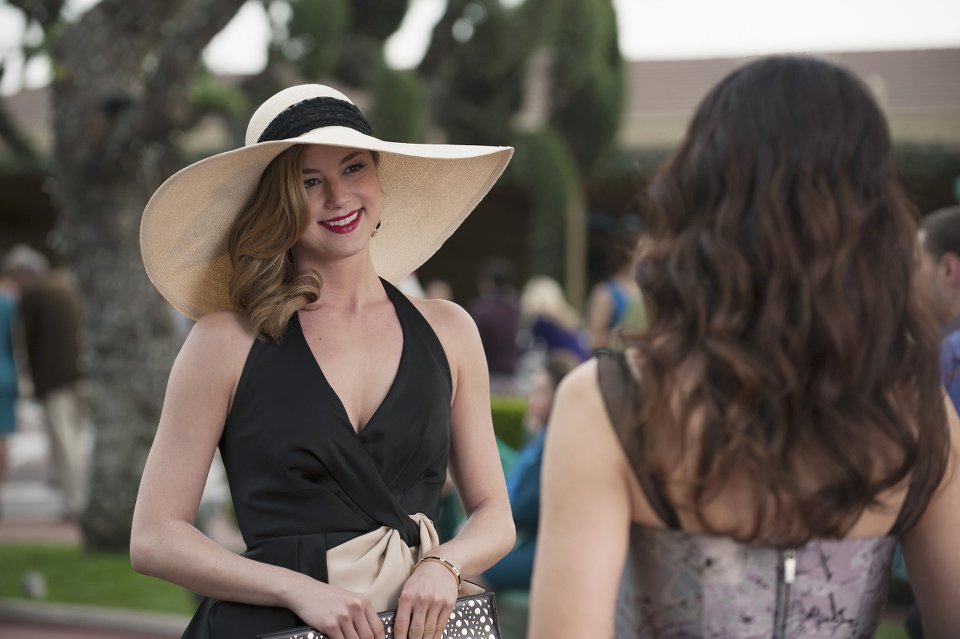 The end may be in sight for the current season of Revenge but Emily’s (Emily VanCamp) personal revenge against the Graysons has some distance to go.

In tonight’s episode Emily travelled to England with Aiden (Barry Sloane) to visit his mother in search for answers about the death of his father and his connection to Pascal (Olivier Martinez). Victoria (Madeleine Stowe) paid a visit to Mason Treadwell (Roger Bart) to try and get him to spill what he knows about Emily. Unfortunately Emily got to him first courtesy of Nolan (Gabriel Mann) and faked his death.

Elsewhere Stevie (Gail O’Grady) broke her sobriety after being left out of the loop about Mason’s ‘death’ and blamed herself after she’d tried to help him on Emily’s behalf. Oh dear, looks like the Hamptons aren’t going to work out for her after all.

The next episode of the season is titled Allegiance. As Emily learns the identity of a key conspirator against her father, Victoria sets a trap she knows Emily won’t be able to resist. Javier (Henri Esteve) abandons Nolan.

Tune into Revenge at 9pm on E4 Monday to see the new episode. Preview all of the action in our gallery below: