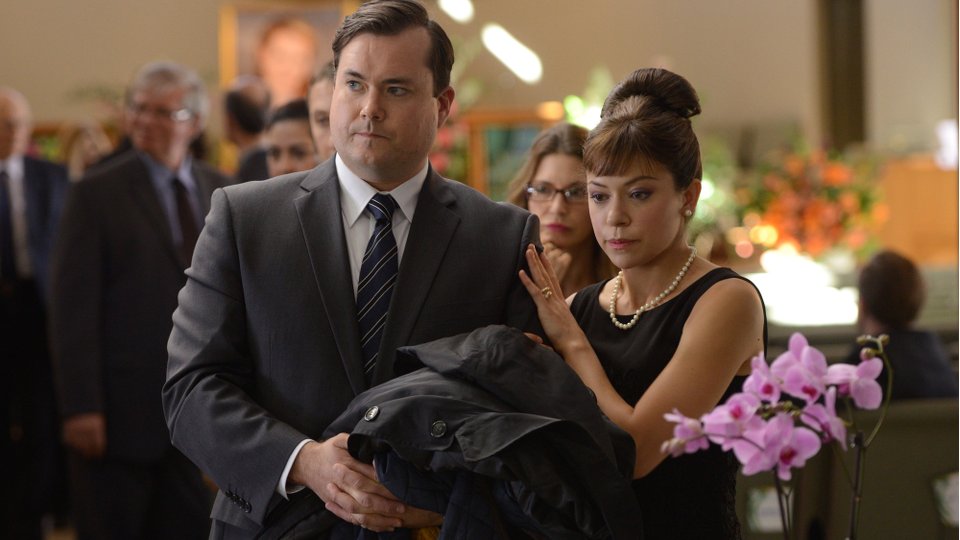 Orphan Black returned for its second season in the UK last week and jumped right into the action.

Picking up where the first season left off, Sarah (Tatiana Maslany) frantically searched for her daughter and her foster mother who were kidnapped in the season one finale. Elsewhere Alison took up the performing arts to hide her guilt over Aynsley’s murder and Cosima continued her relationship with Delphine (Evelyne Brochu) who tried to get her into the fold with Dr Leekie (Matt Frewster).

The next episode, titled Governed by Sound Reason and True Religion, Sarah enlists Art’s (Kevin Hanchard) help to find Kira and is shocked when learning where the trail leads.

Tune into BBC Three at 10pm on Wednesday to see the new episode. Preview the episode with our gallery below: