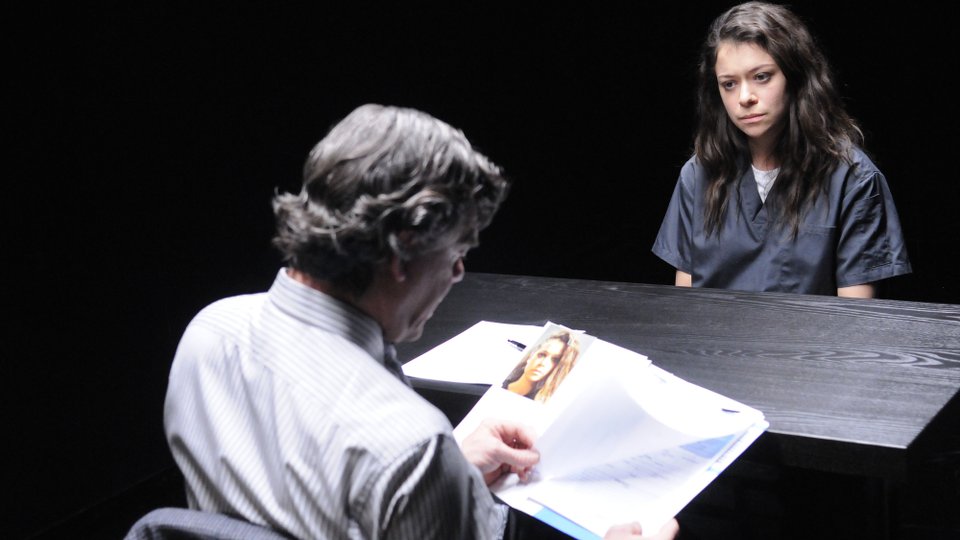 Orphan Black’s second season comes to a close this week on BBC Three.

The sci-fi show has served up a strong second season with more clones being discovered and plenty of twists along the way. Last week’s episode saw Kira (Skyler Wexler) undergo bone marrow extraction to help Cosima and the episode ended with the girl being kidnapped by Rachel who was disguised as Sarah.

Elsewhere in the episode Alison and Donnie (Kristian Brunn) revitalised their sex life after finding themselves turned on following their joint effort to bury Dr. Leekie’s (Matt Frewer) body in their garage.

The final episode of the season is titled By Means Which Have Never yet Been Tried. The war with Dyad is all but lost when Rachel’s plan forces a broken Sarah to concede.

Tune in to the Orphan Black season 2 finale on Wednesday at 10pm on BBC Three. Preview the episode with our gallery below: