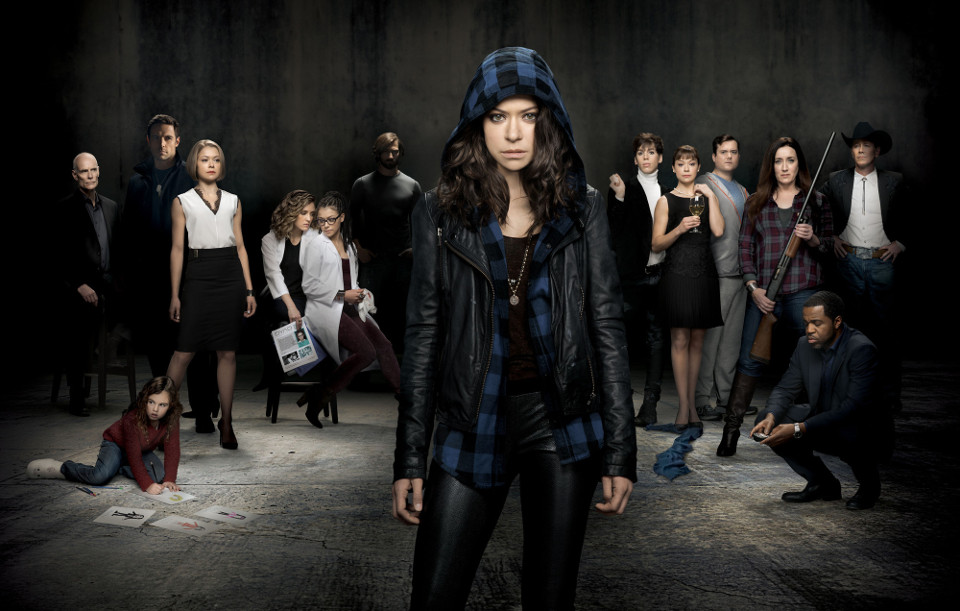 Orphan Black finished its second season recently and fans are patiently waiting to see if the show gets picked up for a third season.

If you haven’t seen the second season of Orphan Black and don’t want any spoilers stop reading now. If you have seen it and you want to hear our thoughts on the third season then keep reading.

In the season two finale, Sarah (Tatiana Maslany) discovered military project Project Castor and it was revealed that Prolethean Mark (Ari Millen) was a male clone. Marion (Michelle Forbes) explained that DYAD focused on female clones whilst the military concentrated on male clones.

We also saw Helena sneak away from Sarah’s apartment, where the clones were enjoying a sleepover, leaving behind a canister of liquid nitrogen with her eggs in it. She didn’t get far though as she was kidnapped and it looks like it could all be something to do with Mrs S. (Maria Kennedy Doyle) and Paul (Dylan Bruce).

As we wait for the show to be confirmed for a third season, which is looking highly likely from what we hear, we’ve put together the 10 things we want to see from the show when/if it returns.

1. The meaning behind Ethan Duncan’s (Andrew Gillies) code to be revealed. Cosima discovered the code in the book that Ethan gave to Kira. With Cosima realising that the code is the genetic keys of the clones, will that mean she can reverse the infertility of her sister clones?

2. Cosima to live! The fate of clone Cosima is hanging in the balance as her condition worsens and she didn’t receive the bone marrow transplant from Kira (Skyler Wexler) thanks to a fit of rage from Rachel. We hope that season 3 finds a cure for the quirky character as we think the show wouldn’t be the same without her. Could Delphine (Evelyne Brochu) save the day?

3. More Paul. Not only was the character drastically under-used in season 2 but we missed seeing him interacting with Sarah. Instead he had that interesting sex scene with Rachel and was revealed to be a double agent working for the military. With that reveal in the season finale, there’s plenty of scope for Paul to have a much bigger role come season 3 giving actor Dylan Bruce a real chance to shine.

4. Rachel to return with a vengeance. Last we saw the evil Rachel she had a pencil in her eye and was on the verge of going a little bit crazy. With her father now truly dead, the fate of her mother left with a question mark (she’s supposed to be dead but is she really?) and Dr Leekie (Matt Frewer) dead we think Rachel could well and truly be pushed over the edge. We want to see her more evil than ever.

5. Alison to come back into the clone fold. For much of season 2 Alison had her own storylines that didn’t see her involved all that much with the other clones. She had to deal with the guilt over letting Aynsley (Natalie Lisinska) die and following a stint in rehab she realised that Donnie (Kristian Brunn) wasn’t fully aware of what he was involved in. With Alison and Donnie back on track we want to see Alison truly helping Sarah in season 3.

6. More backstory on Mrs S. The shape-shifting character appears to be playing on every side to ensure that she gets what she wants out of it. There’s going to be conflict for sure when Sarah finds out that Mrs S. arranged Helena’s kidnapping with Paul. We want to find out more about the mysterious character and discover what her role in the whole thing really is.

7. Mark and Grace (Zoe De Grand’Maison) to be at the centre of season 3. It looks fairly certain that the clone and the pregnant Prolethean will be wanted by both the military and DYAD (if it still exists) especially as Grace is carrying one of Helena’s eggs. The characters married after they escaped from the Prolethean farm. Does Mark know that he’s a clone?

8. More Donnie! We actually came to love Donnie during season 2 once it was revealed that although he was Alison’s monitor he didn’t really have much of a clue as to what was going on. Following the bonding experience of burying Dr Leekie with Alison, he could prove to be a useful asset for the clones. Honestly we’d just love more of Kristian Brunn on our screens!

9. Cal (Michael Huisman) to come back. The character was last seen passionately kissing Sarah and it seems the two reconnected over the course of season two. Cal doesn’t appear to have any ulterior motives and he could be a stabilising influence for his daughter Kira and for Sarah. We hope he’s back as a regular character in season 3.

10. More clones! This one is probably a given as the show keeps surprising us by introducing new, and varied, clones. Marion has an adopted daughter that is a clone following experiments but surely there are even more out there? We can’t wait to see what the show delivers next.

Orphan Black is expected to return for a third season in 2015.