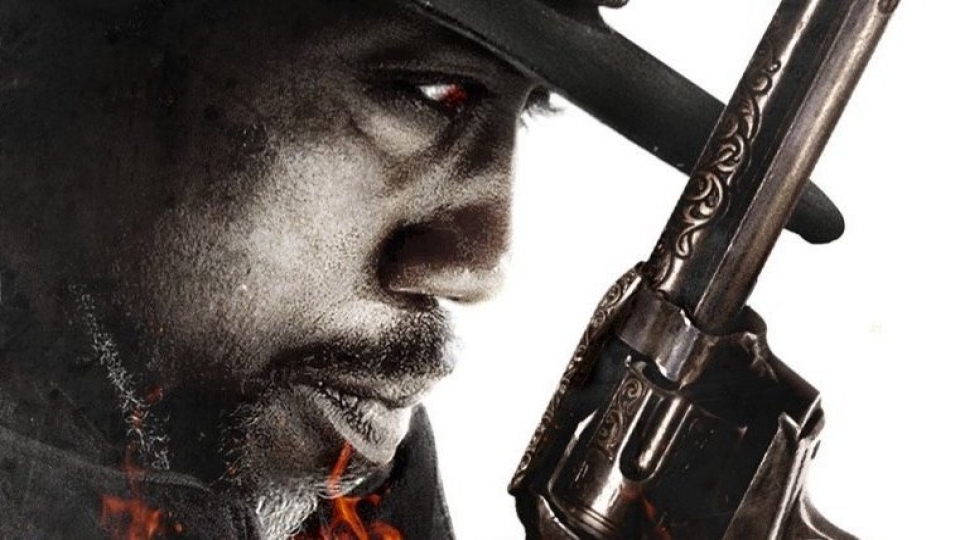 Aman (Wesley Snipes) is a cursed gunman thanks to his mother, a nun, breaking her covenant with God during birth. This curse means that anyone who dies at the hands of Aman’s gun will rise once again. He is tracked across the desert plains by a gang of undead former victims, lead by the ruthless Kansa (Howarth), who are out to take revenge. A new young warrior called Fabulos (Riley Smith) is recruited by Aman to fight by his side. Their motto is ‘Live By The Gun. Die By The Gun’.

The thought of Wesley Snipes returning to a role very similar to Blade, yet with a Wild West setting and also with costumes that look to be borrowed from an Alejandro Jodorowsky film, had us rather excited. Made way back in 2006, just before Snipes’ issues with the Tax man, Wesley clearly thought that this was his way back into the big time. The major issue for Snipes is that he isn’t on screen half the time, and actually feels like a bit-part player.

When he is on screen he sneers and growls his way slowly through his lines, and these lines are pure hokum. Nearly all the dialogue is laughably bad and mismanages entire scenes of, supposedly, very important story set-up. All this can be laid firmly at the feet of the script, as it seems that consistency was not the key when writing it.

There is a completely wasted character in Fabulos that seems to appear from nowhere and for no reason, then disappears only to reappear later. The bad guys are more like prancing ponies as they wander around killing people via the Gallows rather than ripping them apart (as they so should and do keep mentioning that they are able to). Also the gang are never truly menacing and don’t offer any tempestuous fight scenes that really show why they are so feared. It also suffers from some of the worst editing in a film; there are two scenes that are cut completely different to the rest of the movie and shockingly out of sync in the overall storyline.

The positives are few and far in this film. Some of the cinematography of the desert landscape is very well shot and actually lightens up entirely drab scenes. Also the bloodletting, whilst, not as much as expected is rather fun in a comic book/computer game type style.  There is some rather funky animation for the end credits that is worth keeping the film playing for (if you haven’t already switched it off because of the previous 86 minutes).

Gallowwalkers is a very interesting and unique idea, which in the right hands could have been a solid horror film. But the hands on this film ensured that it’s a complete mess from start to finish. Poor acting, a nonsensical script, woeful direction and some terrible editing make Gallowwalkers a movie that should heed its own advice and be hanged until dead…dead…dead.

In this article:Gallowwalkers, Wesley Snipes