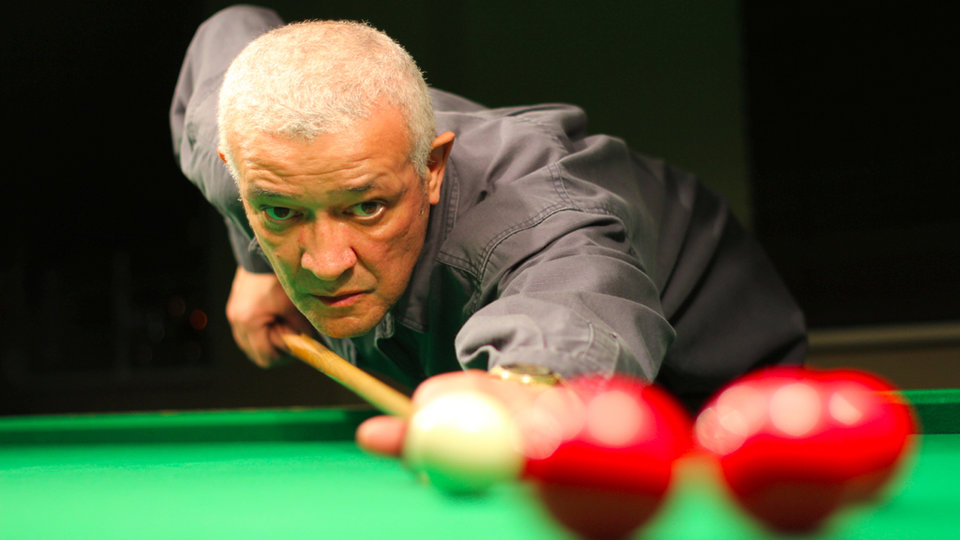 In a timely release given the current Snooker World Championships, a new snooker film-drama is in production which tells the story of a retired professional player who tries to make a comeback in his sixties. Extended Rest stars Tony Osoba, who first became a household name as Jock McLaren in the classic BBC sitcom Porridge, as Terry “the Grenade” Kincaid, who after the death of his wife, returns to the only other thing he knows and loves, the green baize.

Terry spends most of his time in his beloved local club, the location of which is Osoba’s real life haunt for playing snooker – The Twickenham Club, which celebrates its 150th birthday next year.  In the film, Terry strikes a friendship with the club owner who is recently widowed and he stands by her and the club when a new member starts to take liberties, and a battle begins on the baize with more than just Terry’s pride at stake.

This is not the first time Tony Osoba has played the role of a snooker player. In 1984, he appeared in the BBC’s drama series Give Us A Break, opposite Paul McGann, Robert Lindsay and actress Shirin Taylor, who also stars in Extended Rest and was previously married to Osoba’s character in Coronation Street. For his role in Give Us A Break, Tony received training from Geoff Foulds, father of Neal Foulds, and what he learned has stayed with him – as he plays every shot in Extended Rest himself, without a stunt double.

The film is written and directed by Oliver Crocker whose recent short film A Voice to Die For received critical acclaim. He explains, “I’ve grown up with snooker, and I’ve been to watch the Masters at Ally Pally several times with Tony Osoba. I’ve wanted to make a film about a snooker player for years, and it was over a few frames with Tony at the Twickenham Club that inspired me to write Extended Rest. Its not just a film about snooker, it’s about never being too old to give something a go, and if you have a passion and a talent for something, then go for it.”

The film’s cast also reflects the storyline, Crocker explains “I’m so lucky to have a group of acting legends in this film, it’s a privilege to film them bringing my script to life and playing different characters against stereotype! Did you ever think you’d see The Vicar from Dads Army play snooker?”

Extended Rest is produced by Devonfire Films, in association with Flux Pictures and is currently in production.