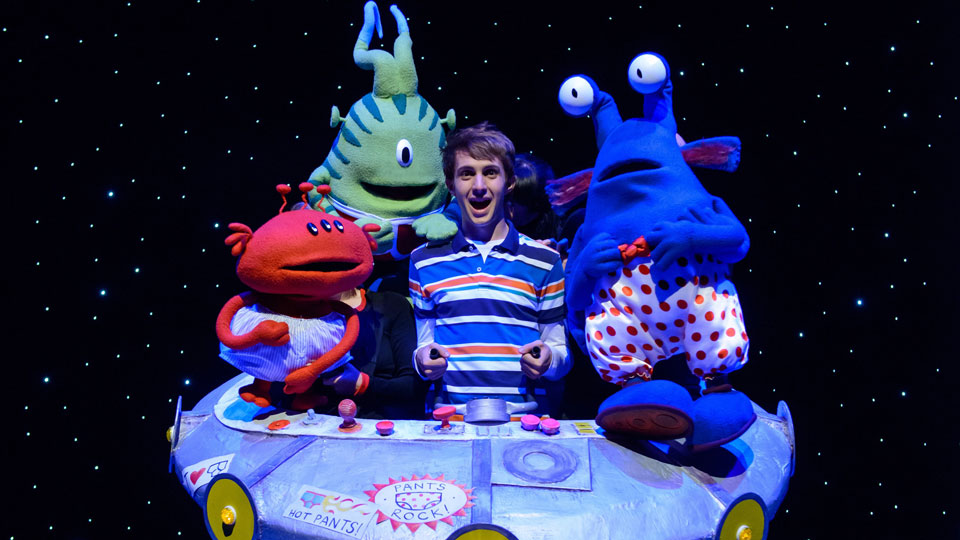 Aliens Love Underpants will enjoy its West End premiere at the Leicester Square Theatre and run from 19th July to 31st August 2014.

The show is based on the hugely successful children’s book by Claire Freedman and Ben Cort and concerns mischievous aliens who come to earth on an important mission to steal human’s underpants. It boasts stunning effects, madcap action, original music and lots of aliens!

This zany and hilarious tale, adapted and directed by Adam Bampton-Smith, is being brought to life on stage for the very first time. It stars Charlotte Cooper as Veronica, Mark Collier as Mr Stevens, Cheryl Felgate as Mum and Harrison Spiers as Timmy.

The show runs for 55 minutes straight through and is suitable for ages three plus.