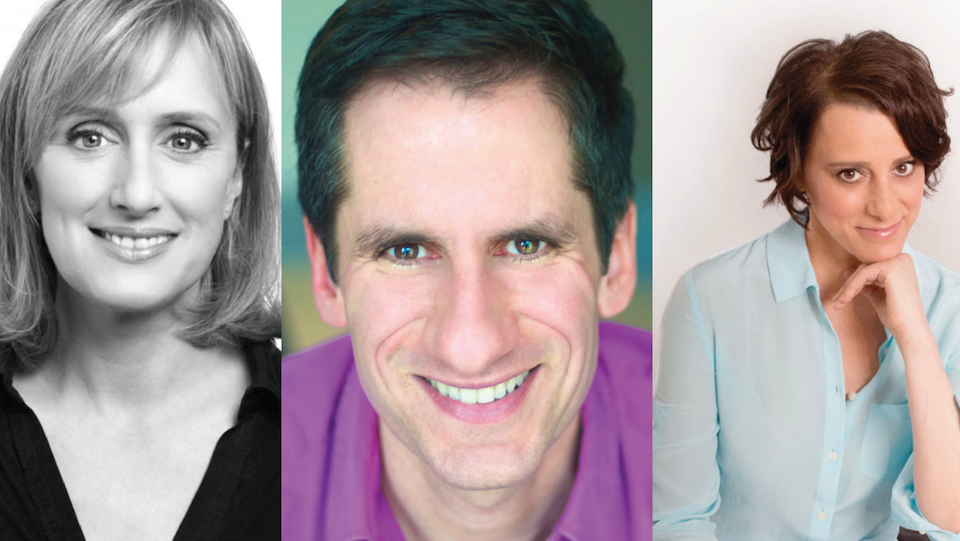 Broadway @ Leicester Square Theatre began in 2013 with Patti LuPone and returned with Audra McDonald in 2016 and John Barrowman and Ramin Karimlooo earlier this year. What differentiates this concert series is the seamless mix of intimate behind-the-scenes stories from Broadway’s biggest stars – prompted by Rudetsky’s probing, funny, revealing questions – and their stellar singing of the musical theatre repertoire.

Jenna Russell is an award winning actress whose accolades include 2007 Olivier Award for Best Actress in a Musical for her performance as Dot/Marie in Sunday In The Park With George at Wyndhams Theatre. She reprised her role on Broadway at Studio 54 where she won 2008 Theatre World Award for Broadway Debut Performance. She also received a 2008 Tony Award nomination and 2008 Drama Desk nomination for the same role.

Judy Kuhn is currently starring as Golde in London in the sold-out production of Fiddler on the Roof at the Menier Chocolate Factory, a role she also played on Broadway in 2016. On Broadway, the four Tony Award nominee, starred as Helen Bechdel in Fun Home (Tony & Drama League Award nominations) a role she created in the original Public Theater production for which she won the 2014 Lucille Lortell Award.

Seth Rudetsky has played piano in the orchestra for more than 15 Broadway shows including Ragtime, Grease and Phantom. As a comedy writer, he was nominated for three Emmy Awards for The Rosie O’Donnell Show and has written 3 volumes of Seth’s Broadway Diary filled with hilarious theatre stories, as well as two young adult books published by Random House.

Why not do two shows in one day to take advantage of the Leicester Square Theatre’s special offer? 20% off all tickets when you buy both shows together.