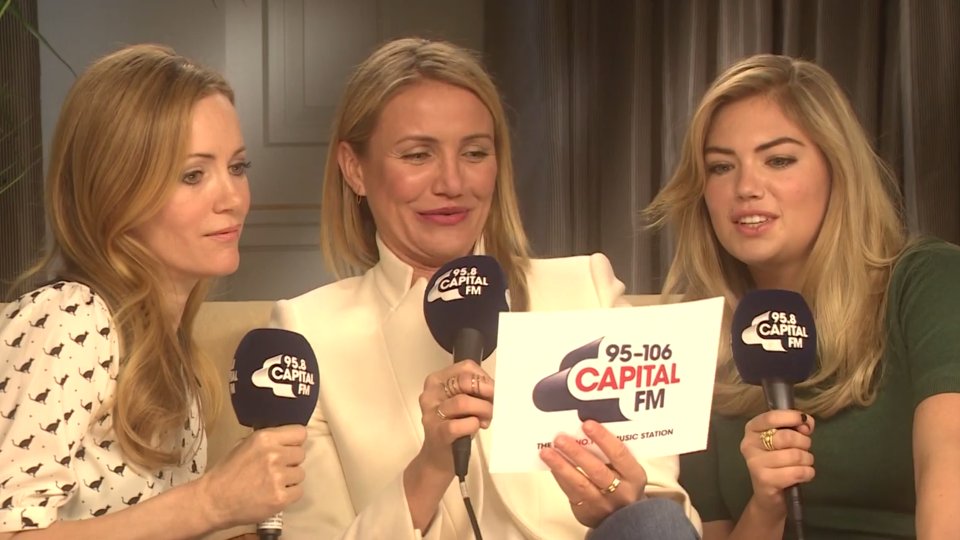 The cast of The Other Woman have put their own spin on The Chainsmokers’ track #SELFIE for Capital Breakfast.

Cameron Diaz, Leslie Mann and Kate Upton performed a section of the song exclusively for Capital Breakfast whilst promoting their new movie. Their rendition comes hot on the heels of Samuel L Jackson’s who covered the song a few weeks back.

The Other Woman, released in UK cinemas today, is a tale of revenge focusing on three women who find out they are involved with the same guy. The film is sure to be a hilarious way to spend a chunk of time over the weekend if rain descends (which we’re sure it will).

Check out the clip of the ladies performing #SELFIE below:

Advertisement. Scroll to continue reading.
In this article:cameron diaz, Kate Upton, Leslie Mann, The Other Woman