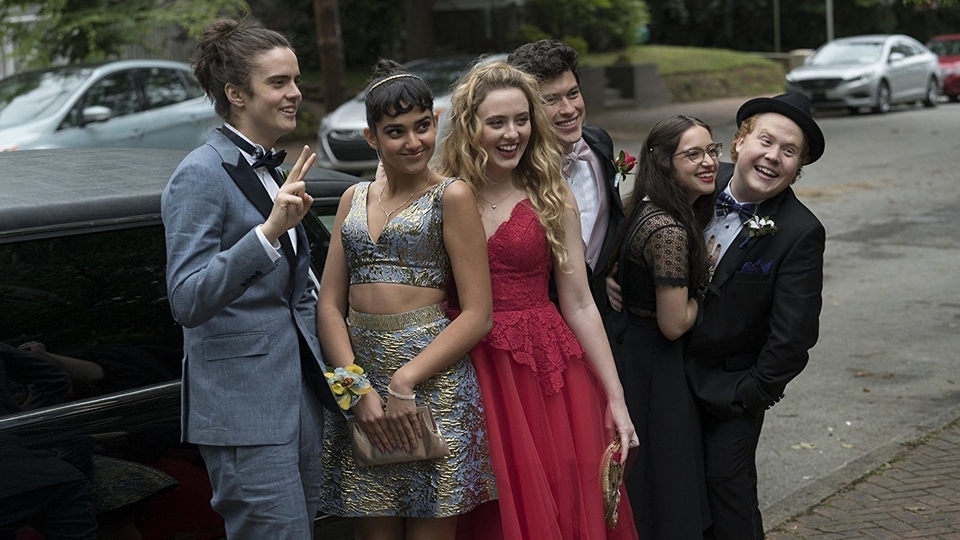 On face value, this crassly titled sex-comedy should have been an epic fail (Blockers is preceded by the picture of a cockerel on the poster to signifying the main theme of the story). But by defying all odds, Blockers actually comes in as a comedy with genuine heart and soul. The laugh count is also impressively high, with crazy set-pieces that leave a lasting mark.

Parents John Cena, Leslie Mann and Ike Barinholtz team up to prevent their daughters (the excellent Kathryn Newton, Geraldine Viswanathan and Gideon Adlon) from going through with a sex-pact on their prom night. Tracking the girls and their beaus down over the course of one crazy night, the parents and the teenagers get more than they bargained for.

Keeping a similar beat to the classics of this genre like American Pie, Blockers is superbly led by director Kay Cannon. Kudos to the Kehoe brothers for scripting this entertaining story too, which finally delivers a sex comedy from the teen female perspective. This is a massive deal, with Newton, Viswanathan and Adlon delivering really engaging performances that don’t insult the intelligence of its audience. Geraldine Viswanathan steals the film with a confident performance full of verve. Kathryn Newton has really impressed lately too. Having first seen her work in Paranormal Activity 4, she has gone onto bigger and better things, with Blockers sure to place her in good stead for the future.

Similarly, the parents all hand in great roles too. It’s great to see John Cena build a solid career outside of his WWE persona (even though the butt-chug scene was a low point). And if you don’t know what a butt-chug is, then believe me you are better off for not knowing. Leslie Mann proves what an accomplished comedic talent she is, and Ike Barinholtz finally gets a chance to shine in a leading role. Look out for scene-stealing cameos too from the likes of Gary Cole, Gina Gershon and Hannibal Buress.

Blockers has a very engaging and effective story, is genuinely laugh-out-loud funny and the cast are all superb. It had me totally surprised and that doesn’t happen very often at the movies. Hopefully Kay Cannon directing this will mean Hollywood hires more women to direct traditionally male-dominated genres. Blockers proves that the status quo needs shaking up to get some new perspective and ideas in. Blockers entertains audiences who have seen it all before, and that’s quite an achievement in this day and age.