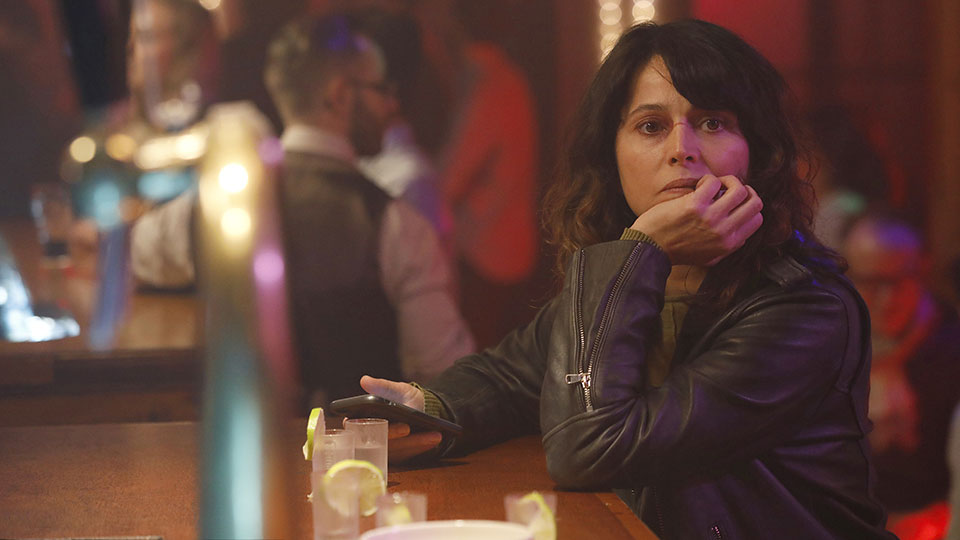 Walter Presents: The Other Mother is a great idea for a thriller. A young boy – just three years of age – says that his parents are not the people they claim to be. However, because children of that age have only a short length of memory, the race is on to ensure that his recollections of his “real” parents are not lost forever. What a great premise for a storyline.

If you want to avoid spoilers for The Other Mother, stop reading now.

The boy in question is Malone. When teachers become concerned about his strange drawings, they refer him to a physiatrist (Vasile – played by Samuel Theis). Vasile believes that there is something to the boy’s claim and decides to go to the authorities in the shape of French police investigator, Marianne (Anne Charrier – winner of the Best Actress award at the Festival de la Fiction TV and best supporting actress at the Olympus Film Festival). Marianne, however, has a lot on her plate. Her team are investigating a series of jewellery robberies and are trying to track down the thieves after a botched raid saw them kill a police officer.

The couple claiming to be Malone’s parents are none too pleased that their parenthood is under question and are angry at both the school and Vasile for what they consider interference in their parenting. And they have evidence – birth certificates, photographs and testimonials – to prove their case. Are they innocent parents of a disturbed child? Or are they kidnappers or fraudsters claiming someone else’s child as their own?

Shot in Le Havre, the town’s St Joseph’s Church plays a major role in the show. Its intimidating tower dominates the landscape of the area; that and the beautiful stained-glass interior means that this building is quite rightly a UNESCO World Heritage Site.

There’s a somewhat unnecessary side storyline of a brewing love interest between Vasile and Marianne; something that her jealous co-worker, Papy (played by Pascal Elbé, star of Une Chance de Trop or No Second Chance), clearly disapproves of. I sometimes think that writers feel pressure to include some sort of romantic liaison between characters to tick a box somewhere, but the truth is that it is a bit of a gratuitous distraction, to be honest. But that’s a minor quibble.

On the strength of the opening episode (there are just six in total), this looks to be a very promising French series. Our friends across the channel do this type of crime show particularly well – intriguing storylines and engaging characters. This is an original and highly charged concept for a thriller and I very much look forward to seeing how it pans out.

Walter Presents: The Other Woman launches on Channel 4 at 11pm on 3rd May. The full series is available via All 4 immediately after the first episode airs.

In this article:The Other Woman, Walter Presents