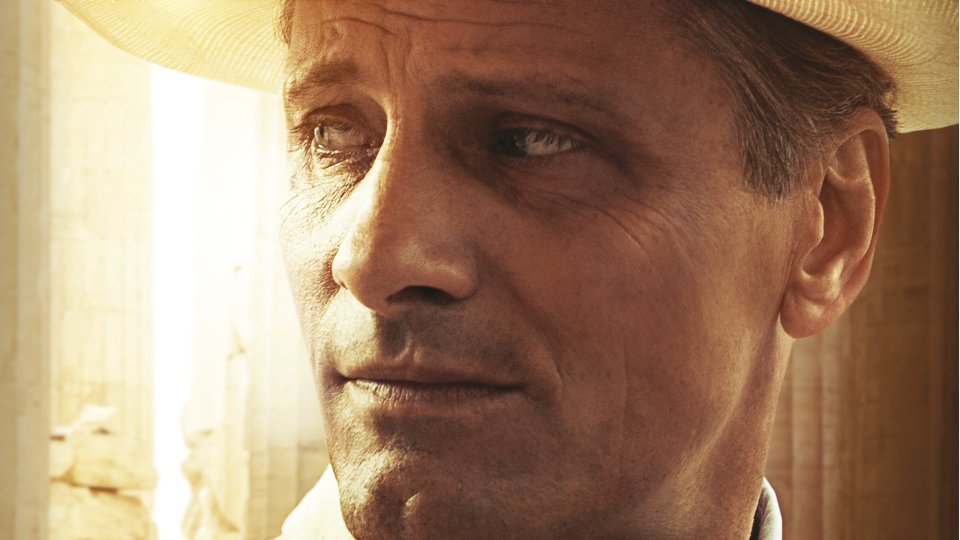 Three character posters have been released for The Two Faces of January.

Kirsten Dunst, Oscar Isaac and Viggo Mortensen appear on the three posters which offer a stylised close-up of their faces. The Two Faces of January is an adaptation of Patricia Highsmith’s novel and is directed by Hossein Amini.

It’s 1962. A glamorous American couple, the charismatic Chester MacFarland (Viggo Mortensen) and his alluring younger wife Collette (Kirsten Dunst), are in Athens during a European vacation. While sightseeing at the Acropolis they encounter Rydal (Oscar Isaac), a young, Greek-speaking American who is working as a tour guide. Drawn to Colette’s beauty and impressed by Chester’s wealth and sophistication, Rydal gladly accepts their invitation to dinner. However all is not as it seems with the MacFarlands, Chester’s affable exterior hides darker secrets. As events take a sinister turn, Rydal finds himself compromised and entangled as an accomplice to a crime committed by Chester. Their journey takes them from Greece to Turkey, and to a dramatic finale played out in the back alleys of Istanbul’s Grand Bazaar.

The Two Faces of January is released in the UK on 16th May. Check out all three character posters below:

In this article:The Two Faces of January