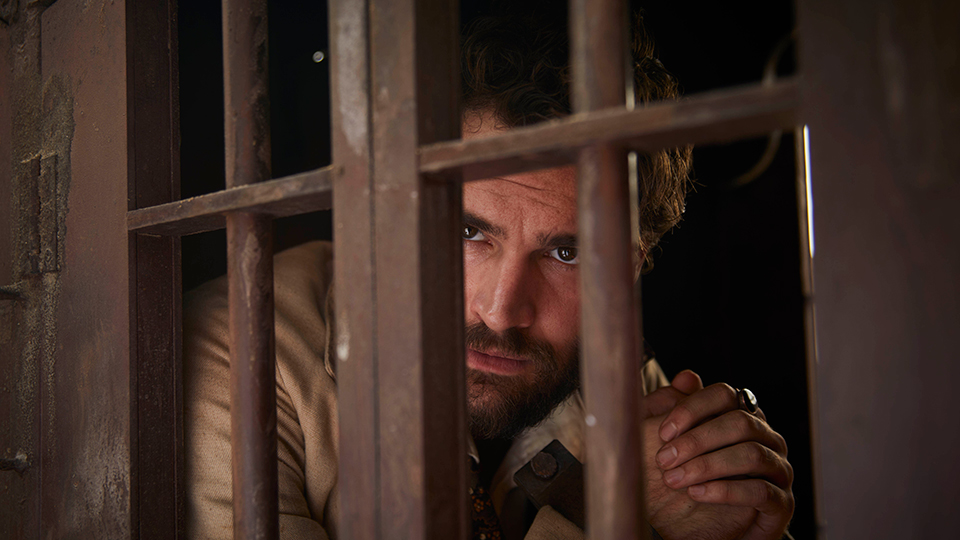 Beecham (Tom Bateman) found himself between a rock and a hard place during the latest episode of Beecham House.

Chanchal (Shriya Pilgaonkar) disturbed Maya (Trupti Khamkar) by rushing past her to be sick, and Maya realised that Daniel (Leo Suter) had likely got Chanchal pregnant.

Beecham was greeted by Chandrika (Pallavi Sharda) at breakfast and she told him she was relieved that their secret was out. A shocked Beecham turned down Chandrika’s offer to be his wife and a mother to August, and revealed that he was in love with Margaret (Dakota Blue Richards). Chandrika was upset that Beecham had turned her offer down and told him he had insulted her family and the memory of her sister.

Henrietta (Lesley Nicol) then pleaded with Beecham to stop Daniel from returning to the company. He echoed his mother’s concerns and Daniel brought up the diamond Beecham had to sell. Henrietta was confused but Beecham attempted to move the conversation on.

Beecham excused himself from the table and told his mother that he was going to see Margaret. He also wished his brother well and reiterated that he would always have a home with his family. When he arrived to see Margaret, John was shocked to learn that she’d left Delhi without telling him.

As Beecham prepared to set off to pursue Margaret, he was told by Ram Lal (Amer Chadha-Patel) that Daniel had got Chanchal pregnant. Beecham punched his brother and told him he could not go to the company. Chanchal watched on with August in her arms as the brothers had a fight in the middle of the house. Once they stopped fighting, Beecham told him to rethink his decision.

No sooner than the fight was over, Castillon (Grégory Fitoussi) turned up with the army to arrest Beecham for stealing the royal diamond. To cover Samuel’s (Marc Warren) duplicity, Castillon beat him up and then produced the diamond to prove that Beecham had stolen it. Henrietta and the house staff watched in horror as Beecham was taken away.

Beecham was taken to the Emperor (Roshan Seth) who was angry about the theft of the diamond. Looking to Prince Akbar (Rudraksh Singh), Beecham realised he couldn’t reveal the truth and he refused to speak. The Emperor asked Castillon to make Beecham speak and find out how he had acquired the diamond.

Castillon took Beecham to be interrogated and accused him of trying to sell the diamond to fund the company. He told Beecham he had to write down the name of his accomplice or he’d be kept in prison for a long time.

Back at the house Daniel appealed to Ram Lal for help and he suggested that Margaret could use her influence with the Empress to help Beecham clear his name. Chandrika then announced her departure and informed the family she was going to take August. Daniel stepped in and refused to let her take the baby, causing Chandrika to leave on her own.

Taking heed of Daniel’s warnings about using opium, Henrietta decided to pour the rest of her stash away and get clean.

The Prince appealed to his mother to help Beecham but she said she couldn’t do anything without exposing them and made it clear that she was happy to let Beecham die to keep their secret.

Daniel put pressure on Samuel as he continued to suspect that Samuel had betrayed his brother. He expressed confusion over how Castillon could have known Beecham had the diamond and Samuel replied by saying they were on the same side. Samuel assured Daniel that he would bring Beecham back before heading to the market to buy a gun unaware that he was being followed by Daniel.

Keeping a close eye on him, Daniel followed Samuel to Castillon. He attacked a soldier so he could take his uniform and pass himself off as one of the French army.

In his cell Beecham wrote a note to Margaret on the piece of paper before being removed by French soldiers and taken to fight. Castillon told Beecham that because he was refusing to co-operate, he would have to fight until he revealed his accomplice. Beecham refused and he was attacked as Castillon and Samuel watched on.

Samuel urged Castillon to stop the fight and when he was ignored, he took matters into his own hands declaring that Beecham was an honourable man. Castillon agreed to release Beecham when they had the information they needed and Daniel watched on as his suspicions about Samuel’s duplicity were confirmed.

Daniel made his way to Beecham’s cell and told him that Samuel was in league with Castillon. He also told him that Ram Lal had gone to stop Margaret and return her to Delhi.

It was then revealed that Castillon was having an affair with the Empress.

Daniel attempted to check on Chanchal and got a frosty reception from Maya, who was looking after her as she battled with her predicament. Sharing his concerns with Baadal (Viveik Kalra), Daniel was surprised when Baadal spoke plainly to him saying that Daniel would not be able to help. As Chanchal’s condition worsened, Maya feared she had suffered a miscarriage and Baadal took her from the house.

Ram Lal returned to the house with Margaret. Daniel brought her up to speed and gave her a note that Beecham had written for her. He shared his suspicions about Samuel and told Margaret they needed to stay vigilant. Margaret read Beecham’s note, where he declared his love for her.

Baadal took Chanchal to his parents’ house for help. They were alarmed but agreed to let her into the house after discovering the child wasn’t Baadal’s.

At the house Henrietta spoke to Margaret and thanked her for returning. Violet (Bessie Carter) was rude to Margaret but informed her that Chandrika had left the house. She also admitted that she had formed a strong friendship with Samuel and that he’d asked her to return to London with him so they can share a fortune. Margaret queried where the money had come from but Violet said she hadn’t asked. The two women appeared to agree to put their differences behind them.

Daniel was alarmed to discover than Chanchal had left the house and asked Baadal where she’d gone. Baadal said that Chanchal was safe and recuperating and Violet’s reaction was inappropriate as she pointed out that hopefully it would teach Daniel a lesson. Samuel arrived at that awkward moment and gave the family an update on Beecham. That led Daniel to query Samuel’s relationship with Castillon.

After Violet left with Samuel, Margaret asked Henrietta about Violet and Samuel’s relationship. Henrietta was surprised at the news that they were planning to return to London together, saying she knew nothing of it.

Baadal visited Chanchal and was pleased to find that she was feeling better. She insisted on returning back to the house and Baadal was disappointed to learn that Chanchal hadn’t miscarried, meaning that Daniel would still be in his way.

Ram Lal argued with Baadal at the house, demanding to know where Chanchal was. Baadal reminded him that he was in charge and wouldn’t be taking orders from him.

Margaret confronted Castillon about his treatment of Beecham. Castillon insisted that Beecham was still working for the company and when she argued with him, he threatened to arrest her. Margaret revealed that she knew he was working with Samuel and that Samuel was motivated by a need to clear his personal debts. Castillon warned Margaret to be careful.

Beecham thought back over his interactions with Samuel as he thought about Daniel’s warning. He realised his brother had been right all along.