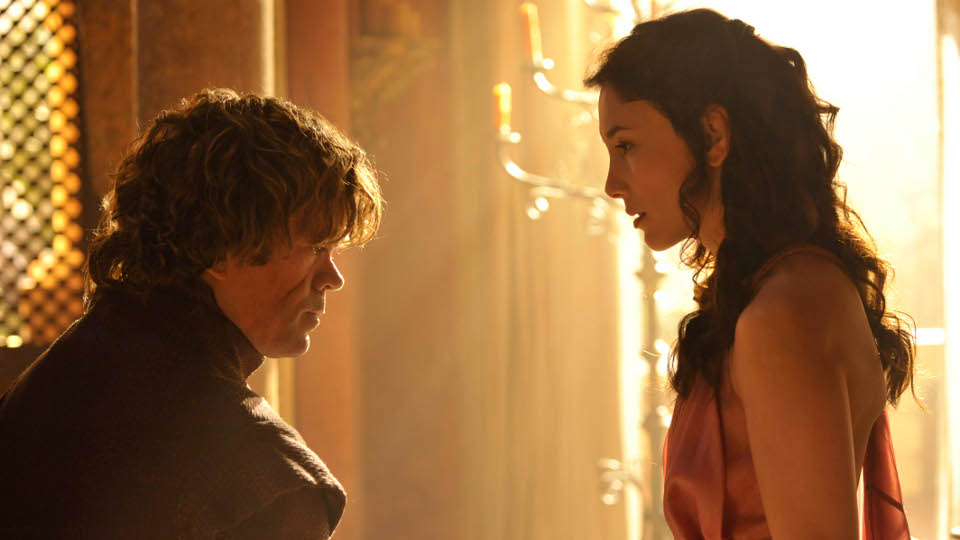 Two Swords was a fantastic premiere for Game of Thrones season four. It let us see what many of the main characters were up to and begun preparing us for the rest of the season.

The second episode is written by George R.R. Martin and directed by Alex Graves. It is titled The Lion and the Rose which we presume is a reference to the sigils of House Lannister (Lion) and House Tyrell (Rose). We know Joffrey and Margaery are planning their wedding but aren’t sure if we can take another one if it’s anything like season three’s Red Wedding.

The official synopsis for The Lion and the Rose reads:

It sounds like the Lannisters are going to be the focus for now which is fine by us. We can’t get enough of Tyrion’s banter and absolutely love to hate Joffrey. We presume we’ll also get to see more of how Jaime is coping without his hand.

We’ll also get our first opportunity this season to catch up with some of the characters missing from the premiere. With Stannis and Davos mentioned we expect Melisandre (Carice van Houten) will be back too.

It also sounds like we’ll get to see what Ramsay has planned next for Theon/Reek (Alfie Allen) after castrating him last season. Pictured above is Myranda (Charlotte Hope) who was one of the girls Ramsay used to trick Theon by seducing him. Maybe we’ll also see Theon’s sister Yara (Gemma Whelan) who set out to rescue him last time we saw her.

Finally the mention of Bran sounds like he’ll be using his special powers again to look to the future. Bran also means Hodor (Kristian Nairn) should be making an appearance and we adore him.

Advertisement. Scroll to continue reading.
In this article:Game Of Thrones, HBO, Sky Atlantic, The Lion and the Rose