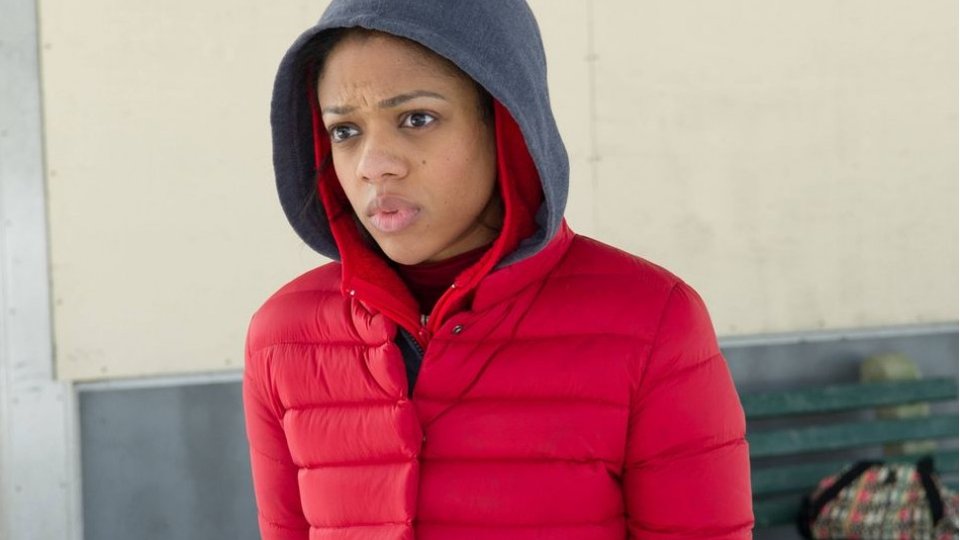 The beginning of the end kicked off in tonight’s episode of The Following as the show’s second season enters its final weeks.

If you haven’t seen tonight’s episode and don’t want it spoiling we suggest you stop reading now. If you have or don’t mind spoilers then keep reading to relive all of the action.

The episode opened with Ryan (Kevin Bacon) reacting to the revelation that Claire (Natalie Zea) is alive and well and has been in hiding since she was brutally stabbed and left for dead at the end of season one. Looking visibly shocked, Ryan soon embraced his former girlfriend whilst trying to contain his anger at Mike (Shawn Ashmore) for his deceit. Of course Claire’s return throws a huge spanner in the works for Ryan’s burgeoning relationship with writer and TV presenter Carrie (Sprague Grayden).

Claire did her best to explain why she had to keep her survival a secret helping Ryan to forgive Mike and understand why he was kept in the dark. Is there a chance for Ryan and Claire now? Who knows but one thing’s for certain, she’s after revenge and wants to be the one who kills Joe (James Purefoy).

Speaking of Joe he spent much of the episode oblivious to the fact that psycho in training Mandy (Tiffany Boone) had escaped from the cult. Instead he focused his attention on TV evangelist Kingston Tanner (Tom Cavanaugh) who spent much of the episode using the broadcast platform to goad Joe and wage a religious war against him. How did Joe react? He sent his new cult of followers to kidnap Kingston’s son Preston (Carter Jenkins) from his frat house.

Before that though Joe sent another video message to Carrie which contained a coded message hinting at his next plan. The video was delivered on a USB stick by a group of Joe’s followers who caught Carrie in her car following an on-air appearance with Kingston.

Max (Jessica Stroup) along with Mike and Ryan realised that Joe was targeting Kingston’s son. Claire pleaded to go with Ryan and after lying to her pretending he would take her, Ryan set off with Mike to try and save Preston. Unfortunately for them Joe’s followers had already made it to the frat house, glued masks onto the students who lived there, killed a handful of people and kidnapped Preston. One follower, Lucas (Josh Salatin) fell victim to Ryan but the others escaped. Ryan then followed them, leaving Mike behind, and finally discovered the whereabouts of Joe’s new cult and hideout.

What about Mandy then? Well the ‘daughter’ of Joe escaped from the cult last week and contacted Mark (Sam Underwood). In her complete naivety she met with Mark and was taken back to Lily’s (Connie Nielsen) hideout. After refusing to tell Mark and Lily where Joe is, the family soon turned nasty using Luke to torture her into revealing Joe’s location. The torture didn’t work and after Emma (Valorie Curry) finally told Joe that Mandy was gone, Joe called Lily for a frank exchange. She threatened to kill Mandy unless Joe gave them his whereabouts but after much pleading with Emma he hung up the phone. In a later scene Lily, Mark and Luke were seen enjoying a jovial dinner with a dead Mandy at the end of the table.

The cracks were starting to show between Joe and Emma following Mandy’s departure with Joe blaming Emma for not connecting with the teenager. Could this finally break their bond now that Mandy is dead? To be honest Emma needs to open her eyes and see that Joe is only using her.

Carrie turned up at Ryan’s apartment looking for him after airing Joe’s latest video. Met by Max and Mike, Carrie is soon surprised when Claire steps out from the bedroom and asks for her help. This isn’t going to end well is it?

As the episode drew to a close Ryan was seen inside the cult spying on Joe as he vowed to exact revenge against Kingston using his kidnapped son Preston. Do you think he’ll kill him?

The Following continues Mondays at 9/8c on FOX in the US and Tuesdays at 10pm on Sky Atlantic in the UK.