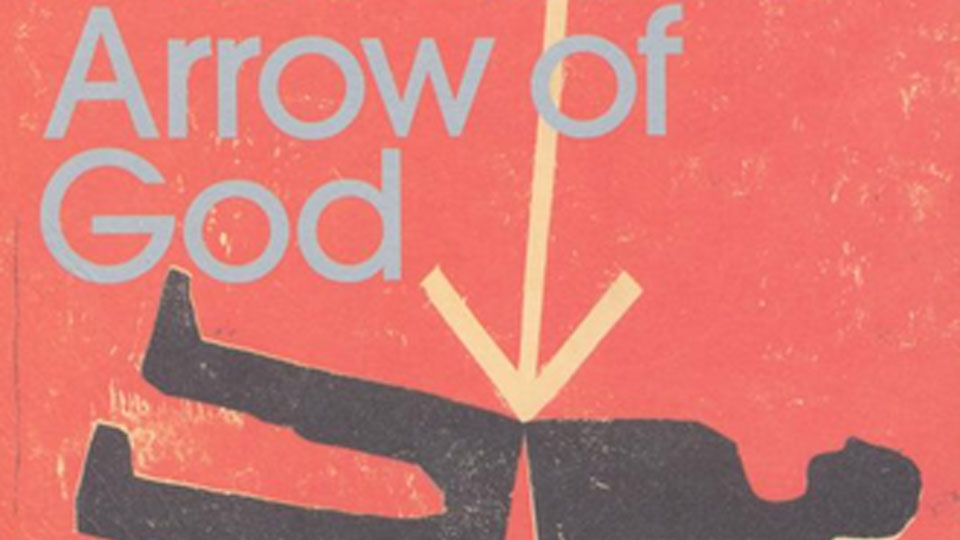 The power of Chinua Achebe’s Arrow of God lies in the lyricism of his prose, which is often bloated but always poetic.

Set in Nigeria in the 1920s, Arrow of God follows the journey of one man – chief priest Ezeulu – as he is caught between the old world of the Nigerian gods and the new religion of Christianity brought by the white men of the British Empire. The book was first published in 1964 and is now reprinted as a Penguin Modern Classic. It is the second part of Achebe’s African Trilogy, with Things Fall Apart preceding and No Longer At Ease following. The novels can be read as self-contained stories in their own right.

The plot of Arrow of God is simple: warring tribes are depicted in the opening chapters as rivalry escalates into violence and revenge killings between local neighbours. Meanwhile, the British establish their presence and start to exert their authority on the divided country. Ostensibly the string-pullers, the British are the least well-drawn characters, though Christian missionary John Goodcountry makes for a rewardingly shady influence on events.

The linear and unsurprising story is underlined by the relative brevity of the book, yet the thinness of plot is further evidenced by the Proustian detail aspects of daily life receive from Achebe’s pen, from preparing food to the rituals and customs of the various (fictional) tribes. Passages of dialogue are often paragraphs long, which adds an artifice to the narrative. There are sections that use Igbo dialect, and place names and character names take a little getting used to, especially because both are unnecessarily abundant.

Arrow of God is the kind of book that will either draw you in and hold you with the beauty of the writing and the strong themes of the loss of faith and the power struggles between religious ideologies, or it will leave you cold because it feels over-written and lacks pace. It’s certainly a slow-burner and the prose is dense, yet perseverance rewards.

There will be renewed interest in the book and in Achebe’s work since his death last year. The themes are universal, and Arrow of God presents an unusually frank depiction of the underhand activities of Christian missionaries in Africa, examining through one village how the Middle Eastern religion came to prominence in large parts of the continent. The issue of how superstitious ideas both define and destroy lives has rarely been observed on the page in such fine detail.