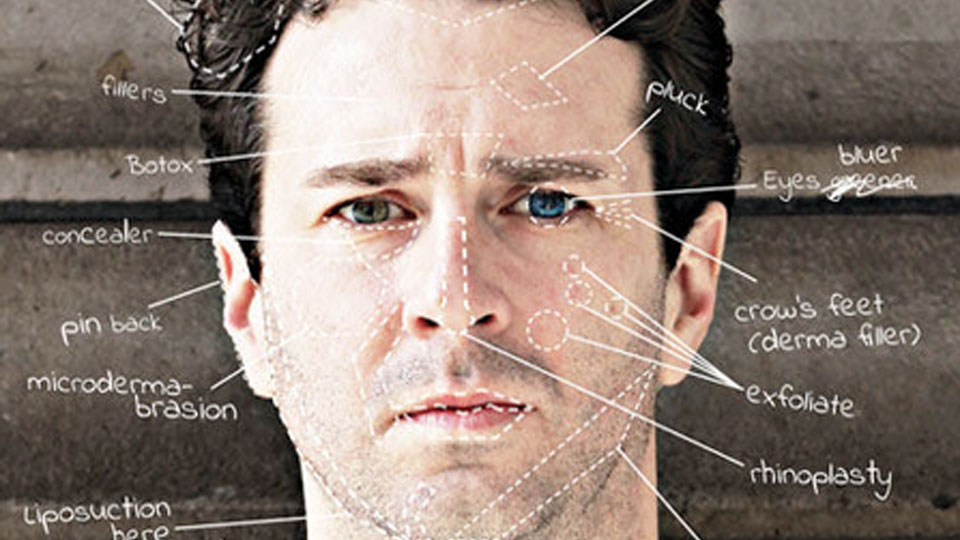 The Shape of Things is a snappy one act play about the nature of love and art that runs through at impressive speed at the Arcola. When nerdy gallery attendant Adam prevents beautiful young artist Evelyn from defacing a statue, he’s stunned to find she’s interested in dating him. Adam’s jock friend Philip is also surprised by the calibre his friend’s latest squeeze, though he is contemplating settling down with Jenny. Under Evelyn’s influence, Adam makes changes in his behaviour and appearance to transform from geek to stud.

The play questions the lengths any of us are willing to go to in order to pursue love, as well as about how we define love, or even define our identities. It also probes the boundaries of art, drawing parallels to Mary Shelley’s Frankenstein story.

The Shape of Things is identifiably a work by LaBute – and it’s a matter of taste whether or not you perceive that to be a good thing, but there can be no mistaking the playwright’s style. For us, LaBute’s work never escapes artificiality, most especially in the dialogue, and the mechanics of the storytelling are always too obvious. The artifice can prevent an audience in fully engaging in the themes, which are much more strongly drawn than either the characters or the story.

The cast are partially successful in making the characters breathe. As Adam, Sean McConaghy adopts an endearing speech pattern that’s like a cross between James Stewart and Jim Henson. He neatly traces the transition from nerd to player, though his decisions about who the real Adam is helps to keep it credible. Séan Browne, seen previously as the debonair and charming Gatby in the musical of F. Scott Fitzgerald’s Jazz Age classic, plays another sexy and edgy American, though this one has a playful boyishness and more of a temper, as well as plenty of stage presence.

The female parts are somewhat underwritten. Harrie Hayes makes the most of Jenny, though her character has the least interesting journey. It’s easy to see the play working without Jenny. We need to see more of variety from Anna Bamberger, whose Evelyn ought to pick out as much of a transformation as she inflicts on Adam; but her inscrutable passivity works against her in this regard, with some of the plot twists failing to shock as much as they should.

Running to only an hour and a half, The Shape of Things doesn’t outstay its welcome and succeeds in raising a number of interesting questions that provoke debate without imposing a resolution. This production is slickly directed by Samuel Miller, and features some great design by Takis that sees a male torso being dismantled to provide a multitude of props and settings.

The Shape of Things is easy on the eye and contains some good performances: whether or not it appeals hinges on your ability to buy in to LaBute’s world.