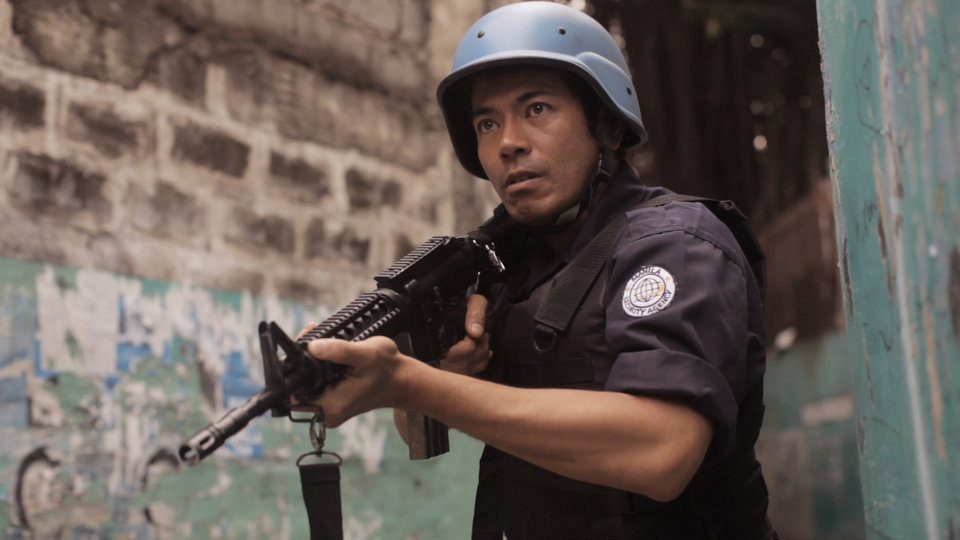 Vue Entertainment is putting on a nationwide charity screening of recently released crime thriller Metro Manila in aid of the Philippines appeal following the devastation and chaos caused by Typhoon Haiyan – with all proceeds being donated to the appeal.

The independently produced British-Filipino movie, directed by Sean Ellis, has been selected as the British entry for the Best Foreign Language Film Oscar® at the Academy Awards in March next year.

It will be shown at 12 Vue cinemas on Thursday November 28, with all proceeds going to DEC’s Philippines Typhoon appeal, following the UN estimate that 11 million people are in urgent need of food, water and emergency shelter.  DEC member agencies and their partners are on the ground, working around the clock to deliver aid.  Funds raised will be used to deliver food, water, household items and tarpaulin to provide much needed support to those affected by the destruction of Typhoon Haiyan.

Metro Manila is a gritty thriller set in the Filipino capital – filmed in Filipino language Tagalog with subtitles – and it opened to widespread international acclaim this Autumn.  Its British director Sean Ellis said: “The people of the Philippines were tremendously supportive during the making of Metro Manila, and it’s only right that we should now use the film to raise money to help the victims of this terrible disaster.”

Tim Richards, CEO, Vue Entertainment, added: “We’ve all been shocked and horrified by the tragic stories and scenes coming out of the Philippines in the wake of Typhoon Haiyan.  We would love to play a small part in helping out by showing Metro Manila, which is a seriously good movie, in aid of the appeal.”

One hundred per cent of the proceeds from the screenings will be donated to the Disasters Emergency Committee (DEC) Philippines Typhoon Appeal (www.dec.org.uk).

Speaking on behalf of the agencies which make up the DEC, its Chief Executive Saleh Saeed said: “The generosity of the public is yet again surpassing all expectations and I would like to thank Vue for holding a special screening of Metro Manila in aid of the DEC Philippines Typhoon Appeal.

“It is increasingly obvious that the need is huge, the DEC and the people being helped are very grateful for all the support. DEC agencies are already using the money donated to good effect.  They are in affected areas delivering vital aid including food, water and very importantly sanitation supplies.”

The charity screening of the certificate 15 film will take place at 7.30pm on Thursday 28 November at the following 12 Vue cinemas: Piccadilly in central London, Bristol Cribbs, Cardiff, Edinburgh Omni, Leeds Light, Manchester Lowry, Newcastle UL, Portsmouth, Reading, Watford, Camberley in Surrey and Thanet, Kent.  Tickets cost £10, and 100% of the proceeds will go to the Philippines appeal.  The nationwide screenings are being additionally supported by UK distributor, Independent Distribution, with materials supplied by Arts Alliance Media.

For more details and to book, visit: http://www.myvue.com/latest-movies/info/film/metro-manila-charity-screening

Put down your weapons and join War Child’s Armistice