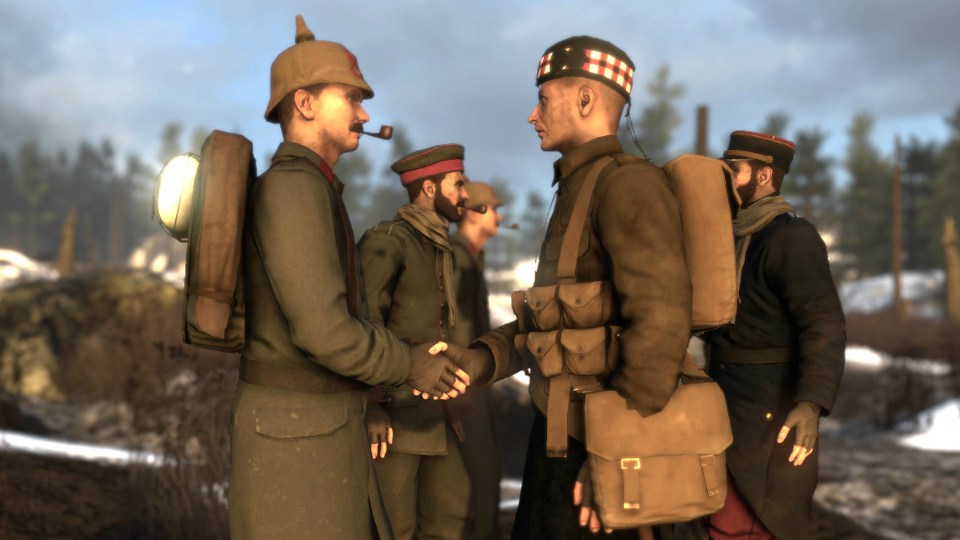 War Child’s Armistice is the first of its kind, a fundraising campaign that encourages peaceful gameplay to support children affected by conflict.

Over the festive season, players of Verdun can get unlimited access to this content via a donation to fundraise for War Child and help stop children’s lives being torn apart by war.

During this one-time seasonal event, a dedicated Christmas Truce winter map is offered where players can throw snowballs at each other, play football matches, sing along with Christmas carols and send Christmas cards to their loved ones. Players that participate in this event will also receive a special Christmas Truce medal called ‘War Child Armistice’ to commemorate this historical event of peace that happened more than a century ago.

There are three donation amounts to choose from, available on Steam so that you can donate whatever you wish to support this cause, whilst enjoying the content £1.99, £5.59 or £9.99.

All net-income of this DLC will be donated to War Child UK, providing vital support to children affected by conflict across the world.

This content will conclude War Child’s Armistice which have been running since November 7th. War Child, teamed up with World of Tanks, Verdun, Democracy 3 and 1979 Revolution: Black Friday, all of whom have developed peaceful playthrough options, downloadable content (DLC) or are donating a portion of their sales during the campaign. Strexm has also shown their support for the campaign and has produced a special War Child overlay available now for free on their marketplace while XSpilt Twitch streamers have also contributed with ‘Pacifist Runs’ through games like Dishonored 2, Metal Gear Solid 3, Deus Ex: Mankind Divided and Fallout: New Vegas.

War Child aims to build on this peaceful movement so it becomes an annual event where more and more gaming studios and players around the world raise awareness and money for children living with the brutality of war.

Learn about World of Tanks contribution to War Child Armistice in the video below: