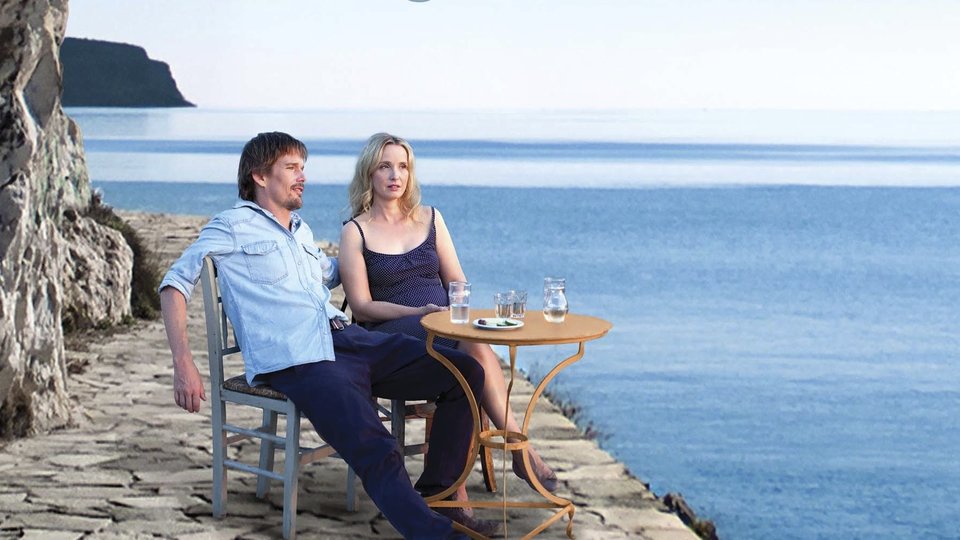 Christmas is almost here! With hundreds of quality films to choose from, we have decided to create a fun DVD themed gift guide to show you some classic gems you may have missed.

For this gift guide, we are going to focus on some hard-hitting dramas – films that showcase a real quality and style.

Stick with EF as we hand pick some great family treats, comedies and horror films for the festive season.

Jesse (Ethan Hawke) and Céline (Julie Delpy) first met in their twenties in Before Sunrise, reunited in their thirties in Before Sunset, and now, in Before Midnight, they face the past, present and future; family, romance and love. Easily the finest film of 2013.

Baz Luhrmann writes, directs and produces this adaptation of the F. Scott Fitzgerald novel starring Leonardo DiCaprio, Tobey Maguire and Carey Mulligan. Set in the 1920s, the story follows aspiring writer Nick Carraway (Maguire) as he moves to New York and becomes intrigued by his neighbour Jay Gatsby (DiCaprio)’s lavish lifestyle and mysterious past. As Nick finds himself caught up in the world of the wealthy, he witnesses romantic entanglement and betrayal.

Joey (Jason Statham – The Transporter) lives on the streets. In hiding from a military court martial, the former soldier now tries to survive the bleak streets of London, homeless and without money. After a savage beating by some of the capitals murkiest underworld criminals, Joey manages a chance escape. Seeking refuge in a swish London apartment whilst the owner is out of town, Joey has a few months to get himself back into a fit state. He also begins working for the Chinese mob in order to make some fast cash so he can leave this life behind once and for all. But his situation complicates when a former friend named Isabel (Victoria Bewick – The Iron Lady) goes missing and Joey starts an unlikely friendship with Cristina (Agata Buzek – In The Bedroom), a nun who runs a soup kitchen.

Nicolas Winding Refn (Drive) and Ryan Gosling (The Place Beyond the Pines) reunite in the highly acclaimed Only God Forgives–a stylish, mesmerising and thrilling journey through Bangkok’s criminal underworld.

Julian (Gosling) runs a boxing club as a front for a drugs operation. He has everything he wants for and is respected in the criminal underworld though, deep inside, he feels empty. When Julian’s brother is murdered, his mother (Kristin Scott Thomas, Salmon Fishing in the Yemen)–the head of a powerful criminal organisation–arrives in Bangkok to collect her son’s body. Furious with grief, she dispatches Julian to find his killers and ‘raise hell’. The stage is set for a bloody journey of betrayal and vengeance towards a final confrontation and the possibility of redemption.

A world-renowned string quartet made up of Peter Mitchell (Christopher Walken – Batman Returns), Daniel Lerner (Mark Ivanir – 360), Robert Gelbart (Philip Seymour Hoffman – The Master) and his wife Juliette (Catherine Keener – Please Give) struggle to cope when one of the group has to take a forced retirement due to illness. As tensions grow and relationships crack, the quartet faces their biggest challenge yet.

From celebrated Korean director Chan-wook Park (Lady Vengeance, Oldboy), comes his first English-language film starring Nicola Kidman, Mia Wasikowska and Matthew Goode. After India’s father dies in an auto accident, her uncle Charlie, whom she never knew existed, comes to live with her and her emotionally unstable mother. Soon after his arrival, India begins to suspect that this mysterious, charming man has ulterior motives, but instead of feeling outrage or horror, this friendless girl becomes increasingly infatuated with him.

Before Elvis, before Elton John, Madonna and Lady Gaga, there was Liberace–infamous pianist, outrageous entertainer and flamboyant star of stage and television. A name synonymous with showmanship and extravagance, he lit up every stage he performed on, as bright as his candelabras and with a unique flair that gained him millions of devoted fans across the globe.

In the summer of 1977, handsome young stranger Scott Thorson walked into Liberace’s dressing room and, despite their age difference and seemingly different worlds, the two embarked on a secretive five-year love affair. To the outside world Scott was an employee, at most a friend, but behind closed doors his life with Liberace was an intense rollercoaster of hedonistic fun, flamboyance and excess.

Starring Michael Douglas as Liberace and Matt Damon as Scott Thorson, Behind The Candelabra tells the fascinating true story of their glamorous life together and their tempestuous relationship–from the glitz and glamour of the early days in Las Vegas to their very bitter and public break-up.

Jason Palmerhttp://www.entertainment-focus.com
Jason is a film contributor for Entertainment Focus (EF) bringing you the latest news and reviews from the movie world.
Previous article
Trailer for Ralph Fiennes’ The Invisible Woman
Next article
Vue to host Typhoon Haiyan charity screening

The Criterion Collection: The Before Trilogy Blu-ray review

Linklater’s Everybody Wants Some!! trailer released