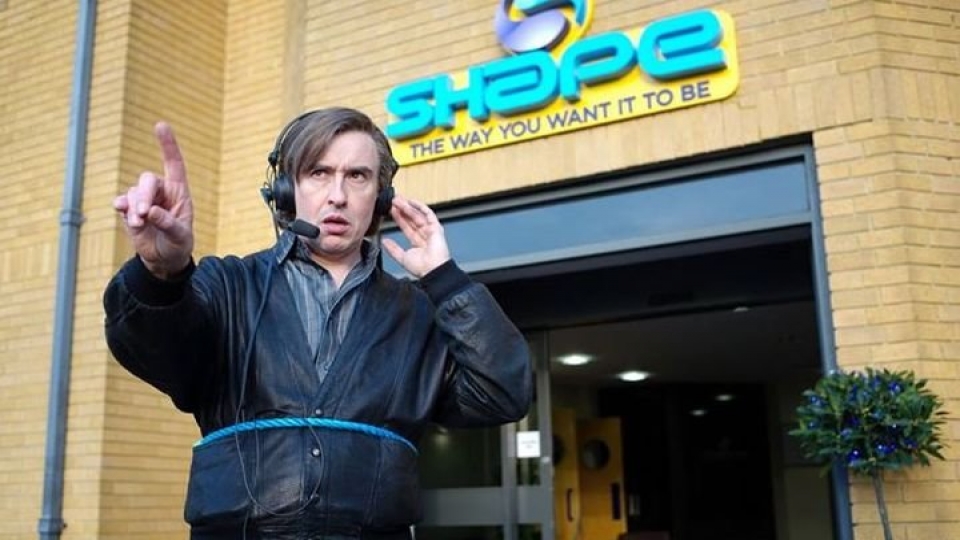 We all love a good laugh at Christmas. 2013 has been kind to comedies with some cracking laughter-fests hitting cinemas earlier in the year. And now most of them are available to buy for your loved ones during this festive season.

For this gift guide, we are going to focus on some very funny movies to get Christmas Day off on the right track.

Stick with EF all week as we hand pick some great family treats and even horror films for the festive season.

Steve Coogan’s legendary chat show host and broadcaster finally receives the big screen treatment in this comedy directed by Declan Lowney. Occupying a career stasis-defining role as a mid-morning DJ on North Norfolk Digital Radio, Alan Partridge (Coogan)’s hopes for one last shot at the big time suffer a severe setback when it emerges that his employers have been taken over by a giant media conglomerate.

Alan soon finds himself back in the spotlight, however, when newly-sacked fellow DJ Pat Farrell (Colm Meaney) returns to the studio with a shotgun and begins taking hostages. Called in by the police to act as a hostage negotiator, can Britain’s most famous Toblerone addict turn the tables and finally save the day?

Jason Sudeikis, Jennifer Aniston and Emma Roberts star in this comedy from director Rawson Marshall Thurber. At the behest of his rich client Brad Gurdlinger (Ed Helms) who is willing to pay him 100,000 dollars, drug dealer David (Sudeikis) travels to Mexico to transport a shipment of cannibis across the American border. In order to avoid any suspicion from customs he disguises himself as a family man, recruiting stripper Rose (Aniston) to play his wife, homeless youth Casey (Roberts) as his daughter and nerdy neighbour Kenny (Will Poulter) as his son. The situation soon gets out of hand and they find their lives are at risk when they realise the marijuana they took actually belongs to a powerful Mexican drug boss. The cast also includes Nick Offerman and Kathryn Hahn.

Bernie Tiede (Jack Black – Kung-Fu Panda) is a mortician at the local funeral parlour in a small town in Texas. A devout religious man, Bernie is loved by all of the townsfolk who look at his great charity work and selfless nature as a shining light in their community. Bernie is particularly good at comforting the grieving loved ones of the deceased and takes it upon himself to befriend the grumpy Marjorie Nigent (Shirley MacLaine – The Apartment, a rich woman who likes no one. Soon the two develop a friendship that goes on for years but something changes and forces Bernie to take some drastic steps.

Love Is All You Need

Ida (Trine Dyrholm – A Royal Affair) is in remission from cancer when she finds out that her husband has been cheating on her. This coincides with the wedding of her daughter Astrid (Molly Blixt Egelind- Rebounce), so she decides to go to the wedding and put aside her personal problems for the time being. Whilst on-route, she has a chance encounter with a grumpy but sincere businessman named Philip (Pierce Brosnan – Goldeneye). The two are complete opposites but soon find out that they have much more in common than they think.

French drama set in the 1950s following a young woman who yearns for more than the humdrum existence she seems destined for. As a 21-year-old, Rose Pamphyle (Déborah François) is kept firmly in check by her father. He has arranged her engagement to a local mechanic and the girl seems destined to pass from the control of one man to another on her wedding day. However, when Rose travels to Lisieux in Normandy another opportunity presents itself. Though her interview for a secretarial job goes disastrously, she makes the acquaintance of a charismatic manager called Louis Echard (Romain Duris). Impressed by her natural abilities at the keyboard, Louis appoints himself her trainer for a speed typing competition. Can Rose type her way to the life she desires?

Much Ado About Nothing

From Joss Whedon, acclaimed Director of The Avengers: Assemble, and a stand out cast of Whedon s regular actors, comes this stunning new vision of Shakespeare’s classic comedy. When Leonato, the Governor of Messina is visited by his friend Don Pedro, he is accompanied by two of his officers: Benedick and Claudio. Claudio falls for Leonato s daughter Hero, while Benedick verbally spars with Beatrice , the governors niece. A series of comic and tragic events help keep the two couples from truly finding happiness – but then again perhaps love may prevail in the end!

The Way, Way Back

Trent (Steve Carell – Crazy, Stupid Love) and Pam (Toni Collette – The Sixth Sense) take their respective kids on vacation. They’ve only been dating for awhile but Pam’s son Duncan (Liam James – 2012) doesn’t get on with Trent, who talks down to him all the time. Fully expecting the summer to be a washout, Duncan manages to find hope at a water park run by Owen (Sam Rockwell – Moon), a carefree loafer who befriends Duncan and gives him a job. With his confidence now building Duncan learns to stand up for himself, and in the process be more confident around girls, especially the neighbours daughter Susanna (AnnaSophia Robb – The Carrie Diaries).

For Gary King (Simon Pegg) and Andy Knightley (Nick Frost) it was supposed to be the ultimate reunion – one night, five friends, twelve bars. A boozy quest to ‘The World’s End’ pub on which only the strongest will survive. Having the time of their lives, they’re ready to take on the world … but tonight they might just have to save it. From Edgar Wright, director of Shaun of the Dead andHot Fuzz, comes a wildly entertaining thrill ride of outrageous humour and explosive action that will raise a glass to the apocalypse.