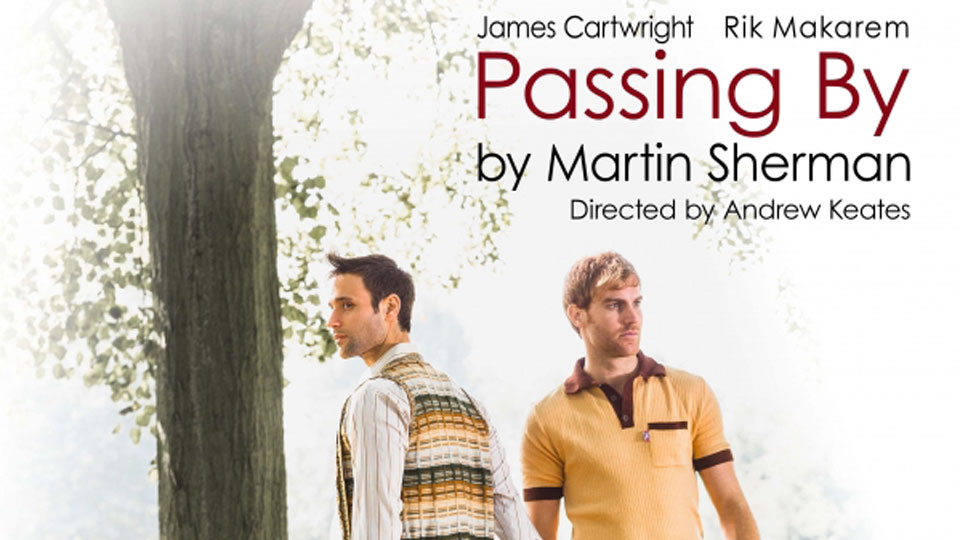 An album of original music from As Is and Passing By has been released in support of The Make A Difference Trust.

It marks the debut album release from Arion Productions. It will include Matthew Strachan’s original scores from their productions of William M. Hoffman’s As Is and Martin Sherman’s Passing By.

Strachan’s best-known music is the soundtrack to the international hit TV show Who Wants to Be a Millionaire? All proceeds from the iTunes album release will be donated to The Make A Difference (MAD) Trust, which raises funds from the British Entertainment community and its audiences to support people living with HIV and AIDS and those in the entertainment industry facing hardship as a result of any long-term medical condition. For more details about see The Make A Difference Trust website.

Director Andrew Keates describes his productions of As Is and Passing By as two chapters of the same story. Passing By (at Tristan Bates Theatre until the end of the month) is a charming romantic comedy, set against the backdrop of 1970s innocence, about the love between two men whose hearts pull them together as their lives pull them apart. As Is (which played at the Finborough earlier this year) follows a gay couple and the reactions to the terrifying outbreak and development of AIDS in mid-eighties New York. It is a heartbreaking and unsparing examination of a deeply felt human relationship shattered by a mindless, destructive disease.

Composer Matthew Strachan says ‘The scores for the two productions couldn’t be more different. As Is has a contemporary soundtrack that is alienating with a pulse mirroring the momentum of the disease while paying homage to popular dance music of the club scene at the time. The music for Passing By is quite another thing. To accompany transitions between scenes and indicate time passing, the music suggests the innocence and relative warmth of the era.’

If you haven’t caught Passing By at the Tristan Bates Theatre yet, you have until 30th November to see it. You can book tickets through the Tristan Bates Theatre website. Next week there will be a series of aftershow talks which will last for approximately thirty minutes. The talks are available to anyone with a ticket for the show with no extra charge. Details below: