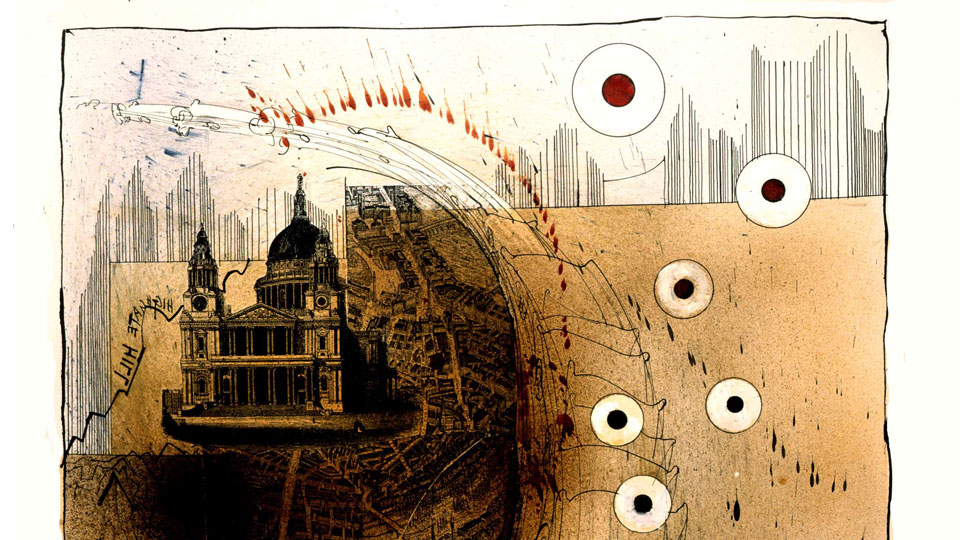 Heritage Arts present Vault 2014: a wide-ranging programme of performance, live music, discussions and one-off late night events. Waterloo’s Leake Street tunnels will again be transformed into a must-visit destination for creative and curious Londoners; a place for debate, drinking, dancing and more from 28th January through to 8th March.

Alongside ticketed performances, free music from The Kansas Smitty’s House Band will entertain visitors to the Vault Bar every Tuesday and Wednesday evening, and an additional series of late-night parties and events will take over the venue on Thursdays, Fridays and Saturdays.

The programme is headlined by two new productions: Fear and Loathing in Las Vegas and The Cement Garden. Hunter S Thompson’s Fear and Loathing in Las Vegas: A Savage Journey to the Heart of the American Dream is re-envisioned by an old friend of Thompson’s, Director-Adaptor Lou Stein. This production will draw out Thompson’s newly pertinent warnings about the loss of national identity and resonate with the instability that threatens journalism today.

Vault will also present the world premiere of Ian McEwan’s The Cement Garden. FallOut Theatre’s production will give audience members access to the cellar which houses the family’s secret.

Vault 2014 will house productions large and small, established and experimental, and everything in between. The menu this year includes physical theatre from Airealism, The Ticket Theatre and Changing Spaces, one-man-shows from the likes of Belt Up’s Dominic Allen and newcomer Jessica Burges, ensemble theatre from Move To Stand, Superbolt Theatre and Another Story, music/performance combos from Pythagoras Ensemble, the Wolf Pack, Edinburgh favourites House of Blakewell and much, much more. With at least five shows every night, no two days will be the same.

Full listings and tickets for all events will be available from: www.vaultfestival.co.uk.

At Vault’s bar, open to the public until 10.30pm every night, explorers can warm themselves with Adnams cask ale, or their award-winning gin, or follow Hunter S Thompson’s lead with Wild Turkey bourbon. On Tuesdays and Wednesdays between 9.00pm and 11.00pm, live swing music meets New Orleans jazz with performances from the Kansas Smitty’s, in addition to comedy compering from a programme of comedians – all for free. Snacks and food will be available every night courtesy of adventurer/chef Coyote Moon.

Advertisement. Scroll to continue reading.
In this article:Fear and Loathing in Las Vegas, The Cement Garden, Vault 2014