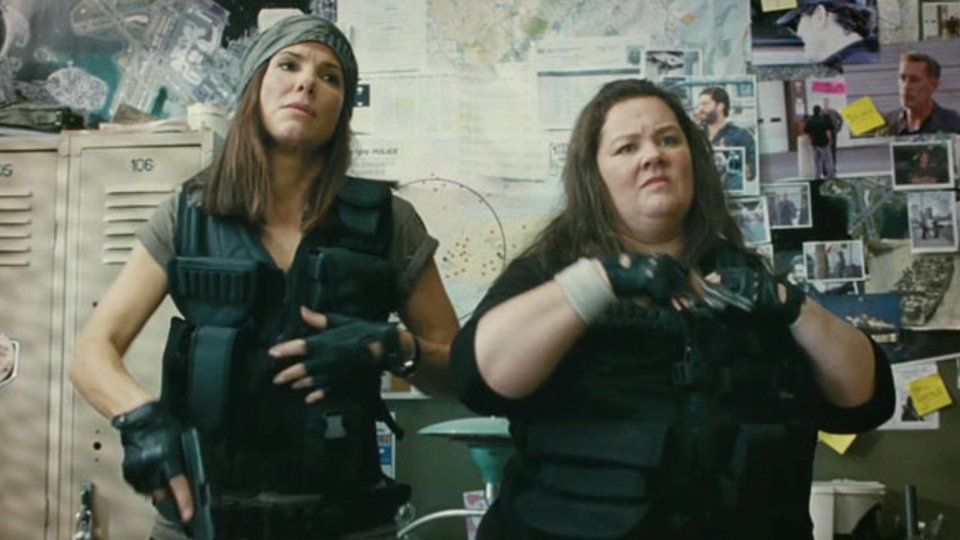 FBI Agent Ashburn (Sandra Bullock – Miss Congeniality) is reluctantly paired up with a foul-mouthed Boston detective named Mullins (Melissa McCarthy – Bridesmaids) to take down a local drug cartel boss. He may also be involved with Mullins’ dim-witted brother Jason (Michael Rapaport – Prison Break), so the two women must put their differences aside if they are to bring him to justice in time.

The Heat is a lazy comedy that follows the remit that if you have someone swear enough, it will eventually be funny. With more time spent on crass putdowns and insults rather than building characters you actually want to watch, The Heat becomes a forgettable punchline of a comedy that feels gimmicky and half-baked.

The script is the biggest problem here. The general premise of the film is good and there was plenty of scope to exploit this for proper comedic value. It instead opts to build a movie around gags and the end result is a poor attempt given all the talent associated, both in front of and behind the camera.

Bridesmaids director Paul Feig does an ok job here and does give the film a decent cop-duo vibe. Writer Katie Dippold, who cut her teeth on MadTV and a few episodes of Parks & Recreation, has the general premise down, it’s just executed very poorly. You hate Melissa McCarthy’s character as soon as she is on-screen so when the film actually threatens to show a little heart towards the end, it’s too little too late.

I fear the Hollywood bosses who green-lit this basically said “let’s have the big girl from Bridesmaids shout at someone like Sandra Bullock. That’s funny right?”. The script runs with this concept for too long and whilst some gags are mildly amusing (a scene in a bar when they get drunk together is well orchestrated), it’s still just Melissa McCarthy shouting. She is too good an actress to be relegated to this kind of lazy characterisation. Bridesmaids showed that she can handle genuine comedy so give her a role that isn’t a caricature that plays on stereotypes.

Sandra Bullock handles the comedy well (we know she can from Miss Congeniality and the like) so she’s fine for the most part. Once the film decides to find some plot, both McCarthy and Bullock make for a very watchable duo and easily step up to the plate. If only the rest of the film allowed the two talented actresses to set the scene more comprehensively.

The Heat is a big disappointment given the talent involved. This should have been an easy win for all involved but its lethargic start tries to win you over with put-downs and crassness when there was plenty of genuine comedy to be had. Once the leads are given a chance to actually act, the film becomes noticeably better and ends on a good note. Perhaps a sequel could fare better? I do hope so, because both McCarthy and Bullock deserve a lot better.