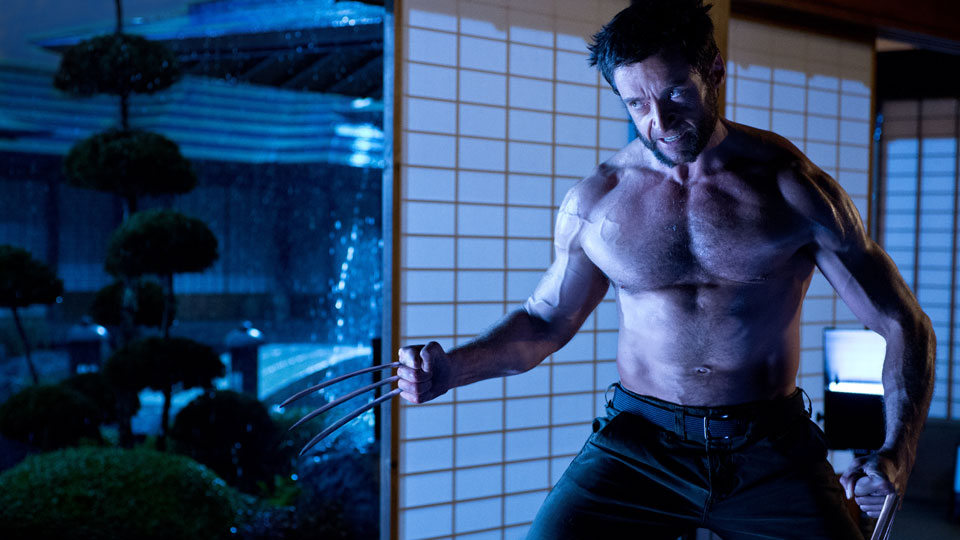 Now that the festive season draws near, so does the need to go Christmas shopping. With hundreds of quality films to choose from this year, we have decided to create a fun gift guide about the best movies available for your money.

For this gift guide, we are going to focus on some amazing action films to get Christmas Day off to a big bang.

Stick with EF all week as we hand pick some great family treats, comedies and even horror films for the festive season.

Hugh Jackman returns as The Wolverine and faces his ultimate nemesis in a gripping life-or-death bat­tle that takes him to modern-day Japan. Vulnerable for the first time and pushed to his limits, Wolverine confronts not only lethal samurai steel but also his inner struggle against his own immortality; an epic fight that will leave him forever changed.

Denzel Washington (American Gangster, Training Day) and Mark Wahlberg (Contraband, Ted) play two operatives from competing bureaus that are forced on the run together. But there is a big problem with their unique alliance: neither knows that the other is an undercover federal agent.

Clark Kent is forced to confront his extraterrestrial past and embrace his hidden powers when Earth is threatened with destruction. From Warner Bros. Pictures and Legendary Pictures comes Man of Steel, starring Henry Cavill in the role of Clark Kent/Kal-El under the direction of Zack Snyder.

Retired CIA agent Frank Moses (Bruce Willis) reunites his team of elite operatives for an abundance of action-packed adventures and cracking comedic moments as their new mission takes them across the globe – to Paris, London and Moscow. Out-gunned and out-manned, they have only their cunning wits and old-school skills to rely on as they try to save the world.

When legions of monstrous creatures, known as Kaiju, started rising from the sea, a war began that would take millions of lives and consume humanity’s resources for years on end.  To combat the giant Kaiju, a special type of weapon was devised: massive robots, called Jaegers. On the verge of defeat, the forces defending mankind have no choice but to turn to two unlikely heroes—a washed up former pilot (Charlie Hunnam) and an untested trainee (Rinko Kikuchi)—who are teamed to drive a legendary but seemingly obsolete Jaeger from the past.  Together, they stand as mankind’s last hope against the mounting apocalypse.

Gerard Butler (300, Law Abiding Citizen) slams into action as Mike Banning, a former Presidential guard, who must use his inside knowledge to prevent a terrorist plot against the White House. During a meeting between the President and Prime Minister of South Korea, North Korean-led forces mount an attack upon the White House (code name: Olympus), with the President and several of his officials taken hostage in the process.

Banning’s loyalty to the president is put to the ultimate test – with previous failures at the forefront of his memory, Banning will do everything in his power to save President Asher’s life

After leaving his LAPD narcotics post following a bungled operation that left him filled with remorse and regret, Sheriff Ray Owens (Arnold Schwarzenegger) moved out of Los Angeles and settled into a life fighting what little crime takes place in sleepy border town Sommerton Junction. But that peaceful existence is shattered when Gabriel Cortez (Eduardo Noriega), the most notorious, wanted drug kingpin in the western hemisphere, makes a deadly yet spectacular escape from an FBI prisoner convoy.

Marvel’s Iron Man 3 pits brash-but-brilliant industrialist Tony Stark/Iron Man against an enemy whose reach knows no bounds. When Stark finds his personal world destroyed at his enemy’s hands, he embarks on a harrowing quest to find those responsible.

This journey, at every turn, will test his mettle. With his back against the wall, Stark is left to survive by his own devices, relying on his ingenuity and instincts to protect those closest to him. As he fights his way back, Stark discovers the answer to the question that has secretly haunted him: does the man make the suit or does the suit make the man?

Los Angeles, 1949. Ruthless, Brooklyn-born mob king Mickey Cohen (Sean Penn) runs the show in this town, reaping the ill-gotten gains from the drugs, the guns, the prostitutes and, if he has his way, every wire bet placed west of Chicago. And he does it all with the protection of not only his own paid goons, but also the police and the politicians who are under his control.

It’s enough to intimidate even the bravest, street-hardened cop–except, perhaps, for the small, secret crew of LAPD outsiders led by Sgt. John O’Mara (Josh Brolin) and Jerry Wooters (Ryan Gosling), who come together to try to tear Cohen’s world apart.

When the crew of the Enterprise is called back home, they find an unstoppable force of terror from within their own organisation has detonated the fleet and everything it stands for, leaving our world in a state of crisis. With a personal score to settle, Captain Kirk leads a manhunt to a war-zone world to capture a one man weapon of mass destruction. As our heroes are propelled into an epic chess game of life and death, love will be challenged, friendships will be torn apart, and sacrifices must be made for the only family Kirk has left: his crew.

Jason Palmerhttp://www.entertainment-focus.com
Jason is a film contributor for Entertainment Focus (EF) bringing you the latest news and reviews from the movie world.
Previous article
The World’s End DVD review
Next article
The Heat DVD review

Justice League – everything we know so far

The Justice League go into battle in a brand new trailer