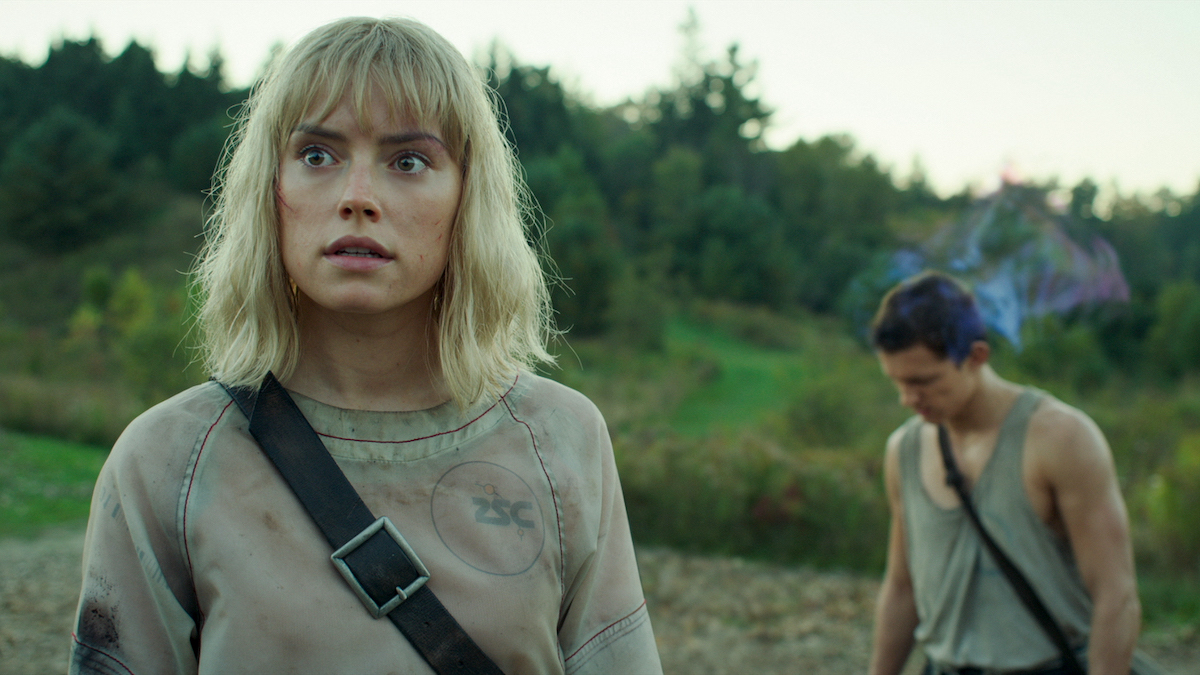 It’s no secret that ‘Chaos Walking’ underwent a troubled production, and the final product bears all the scars. Years in development spent trying to figure out how to bring Patrick Ness’s haunting and unique bestseller to the screen. Multiple writers and directors coming and going, disastrous test screenings, and then reshoots to try and patch it all together. Then came the pandemic.

There is no doubt that the film’s release—like so many others—was tanked by COVID. However, to see a huge film like this, from a director like Doug Liman, with A-list stars like Tom Holland, Daisy Ridley, and Mads Mikkelsen, come and go without making a peep, then disappear onto VOD is almost unthinkable. But here we are. Instead of talking about the first film in a thrilling new dystopian franchise which could rival The Hunger Games, we’re here trying to unpick the mess of a film that was in cinemas one month, VOD the next, and blu-ray the month after that.

The film, like the book, has a spectacularly simple and high-concept premise: we can hear men’s thoughts. Set in the not-too-distant future, colonists from Earth have settled on the New World. When they first arrived however, all the men on the voyage were suddenly afflicted by The Noise – with all of their thoughts spilling out into the open for all to hear. The women were unaffected. When a war broke out with the indigenous species, all the women were hunted and killed, leaving the settlers to eventually die out or kill each other.

‘Chaos Walking’ picks up the story many years later, with Todd Hewitt (Tom Holland) the youngest member of the colony. When he discovers Viola (Daisy Ridley), a mysterious girl who has crash landed on the planet, he must protect her from the tyrannical mayor (Mads Mikkelsen) for he believes her to be a spy, and that her coming will precede an invasion of new settlers who will destroy their way of life.

It’s not quite the same plot as the book. It’s more of an approximation, but leeway should be granted when whittling nearly 500-pages into a 100-minute film. I’ll be honest, that was the first alarm bell for me right there. Looking at comparable first installments of YA trilogies, ‘The Hunger Games’ was 142-mins, and ‘Northern Lights’ was turned into an 8-part miniseries. It feels like ‘Chaos Walking’ was given short shrift in comparison. Even coming up with a very smart and visual way to depict the Noise—a swirling visual and aural distortion emanating from the men—the film just can’t penetrate the dense, philosophical themes of the novel.

Considering it spent 9-years in development, ‘Chaos Walking’ feels rushed and woefully underdeveloped, and all of the characters are completely two-dimensional. Some, like David Oyelowo’s fanatical preacher are barely even in one-dimension. Ridley and Holland are decent enough, delivering slight variations on Peter Parker and Rey, but their performances never really register. Try as they might, they just cannot elevate this watered-down material. For most of the running time they look as confused as we feel whilst watching it. How did we go from signing up to star in the next huge YA franchise, to ending up in this confused swamp?

As a huge fan of the novels, I am genuinely gutted at how this has turned out. With the right approach this could have been wonderful, but instead it joins the pile of bad adaptations of beloved books. Don’t get me wrong, it’s not ‘The Dark Tower’ bad (shudders at the memory), it’s just incredibly dull and disappointing and reeks of studio interference. Give the film a miss and read the books instead, they are extraordinary.

It’s not all bad though, as the disc does come with some pretty interesting special features. There’s an audio commentary with director Doug Liman, producer Alison Winter, and editor Doc Crotzer. A Director’s Noise is an 18-minute behind the scenes documentary with commentary from Liman which is startlingly honest about the challenges they faced with the film.

Inner Thoughts with Patrick Ness is a ten-minute interview with the book’s author, who also penned the screenplay for the film. The Source of Silence is an interview with Daisy Ridley talking in depth about the film and her character, and again is very honest about the making of the film. Next up is Citizens of Prentisstown, which is a featurette about the main characters, with interviews with the actors and filmmakers.

There is also a short clip about the Music of Chaos Walking, with commentary from the composers Marco Beltrami and Brandon Roberts. Finally, there are 45-minutes of deleted scenes with optional commentary. They’re mostly unfinished, with green screens and temporary effects, but there’s enough here to give a hint at what the film might have been before all the interference and reshoots.

Chaos Walking is available to download now and on DVD, Blu-Ray, 4K and Steelbook on 31st May