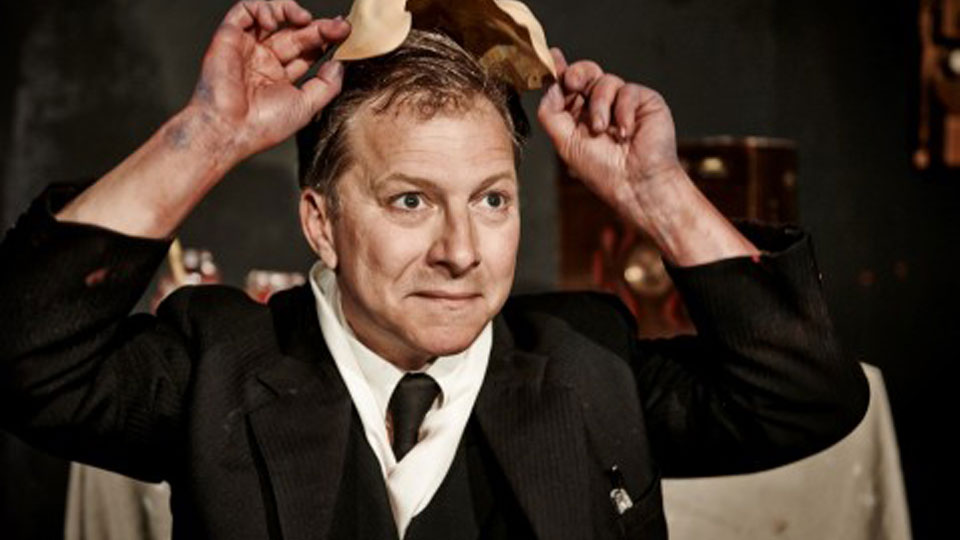 You’re invited to a party tonight! Your host is Jules Pascin, bohemian painter and stalwart of the Montparnasse art scene in Paris. Pascin is generous with his wine – I take it you’ve no objection to drinking out of a glass jar previously used for cleaning brushes in turpentine? Even more exciting news: Picasso is coming!

Barry Fantoni’s one-act play imagines what may have taken place at one of Jules Pascin’s legendary parties in his flat in Paris, where the great and the good would mingle, including Man Ray, Toulouse-Lautrec and Picasso. Sumptuous design (Harriet Lansdown) recreates the living quarters of an artist in the 1930s. The writing is nuanced, teasing out details and varying the mood. In Jules Pascin, Fantoni has created a character of enormous wit and fun.

Picasso is Coming… Ce Soir is a one-man show. Such a feat demands a captivating performance to carry it off. The challenge is squarely met by Peter Gerald, who has previously impressed us as the cuckolded husband in the musical The Thing About Men. Gerald banters with the audience (fear not, this isn’t an audience participation show – just one that plays inventively around with the idea of the fourth wall) and regales his guests with stories, never losing sight of the idea that he is hosting a party. At times, he’s very funny, especially when gossiping about socialites. At other times, such as recounting the cruelty of his father, he touches the melancholic emotions. Essentially, he’s a great storyteller, and not afraid to be a little irritating at times. Occasionally the French accent slips, but no matter: he’s meant to be playing a Bulgarian Jew anyway, so who’s counting?

If you like straightforward stories with a beginning, middle and end that take place behind a proscenium arch, Picasso is Coming… Ce Soir may not be your thing. Come with the expectation of a cabaret feel (the tables and chairs in the underground studio of the St James Theatre – with a sizable bar – is the perfect setting), and as it runs to only an hour it’s a great precursor to a few drinks out. The play will resonate most strongly with those with an interest in the early Twentieth Century art scene and it characters, for which Picasso is Coming… Ce Soir achieves a neat snapshot.

Even for those who don’t know the story of Pascin, the resolution of the piece is clearly signposted, though not without a cleverly concealed visual shock. Once you latch on to the idea that the party is a metaphor for Pascin’s life, you’ll read the darker themes more readily. Amidst that darkness is a lesson on how to prepare the perfect serving of absinthe, proving that even bleaker moments can be played with levity (and be educational).

Picasso is Coming… Ce Soir is funny, intriguing and definitely a bit unusual, which may make it an acquired taste. Whatever your predilections, Peter Gerald is sure to keep you entertained.