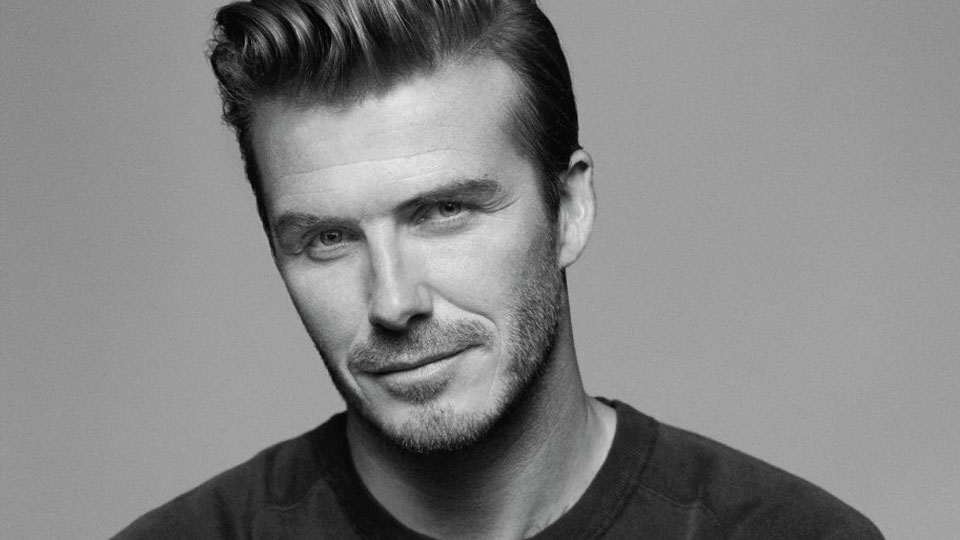 David Beckham is nothing short of a global icon. Following his Premiere League debut for Manchester United in 1995, Beckham has gone on to be one of the most famous sportsmen in the world as well as a brand in his own right. Married to Spice Girl Victoria Beckham, David has been associated with a variety of top brands throughout his career to date including Emporio Armani, EA Sports and Coca Cola. In more recent years he’s turned his attention to fashion designing a range of underwear for clothing giant H&M and releasing his own fragrances. Is there nothing this man can’t do? Recently David has released a new self-titled book chronicling his sports career.

David Beckham is essentially a collection of photos from across David’s sporting career charting his rise from unknown into worldwide icon. Earlier this year David retired from professional football so this book feels like a fitting tribute to his incredible career. The book is split into 8 sections and ordered chronologically opening with England: Part One. Each of the photos included in the book is accompanied by a caption and each chapter contains a few pages of text where David recounts his memories from that stage of his career.

Across the book there are photos from his childhood in the chapter London, his glory days at both Manchester United and England, as well as his time playing for Real Madrid, L.A. Galaxy, Milan and Paris Saint-Germain. Flicking through all the images shows you how much David has changed over the years from his ever-changing hairstyles to his confidence on the pitch. We all know that it was his relationship with Victoria that opened his eyes to the world of fashion and you can almost pinpoint the time that came into effect from the photos included. The times he looks his happiest are either when celebrating victory or being pictured with his family. There are a handful of photos included featuring Victoria and their children.

In the book’s final few pages there are a selection of David’s modelling and fashion shoots including shots from his H&M underwear campaign and selections from more recent magazine shoots. There’s also a two-page spread showing how his football boots have evolved over his career and a collection of photos of David clutching various trophies from across his career.

David Beckham is a must-have gift for any fan of the footballing legend. Those who love the man for his sporting prowess rather than the rest of Brand Beckham will relish that the focus of this is mostly just on his sporting careers. Full of great stories and fantastic images, David Beckham is a fantastic book that is a perfect present to give to someone this Christmas. We can’t wait to see where the next stage of his career takes him.