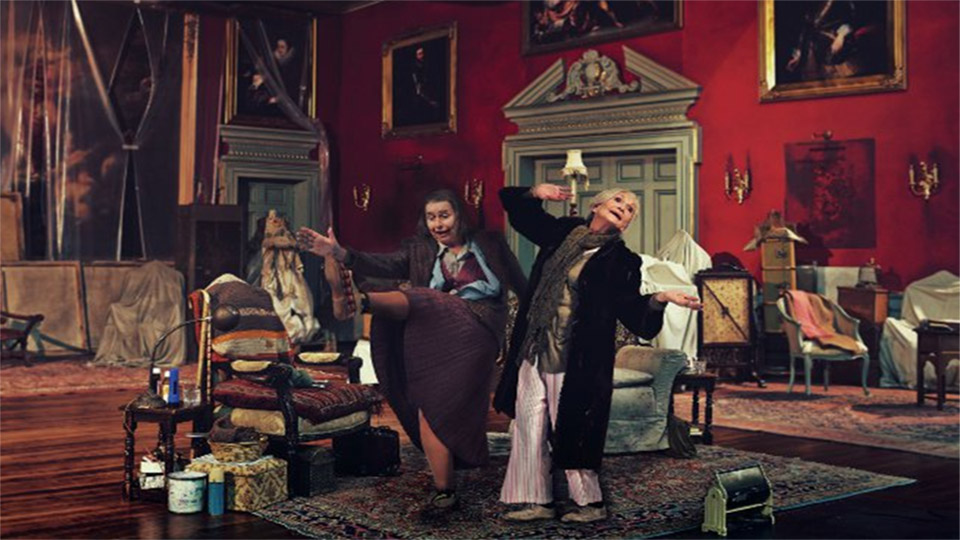 After a sell-out run at the National Theatre, Alan Bennett’s People arrives at the Leeds Grand Theatre with a new cast and much anticipation.

People enters the world of Dorothy and Iris, two aging spinsters who live in the crumbling remains of a stately home. When Dorothy’s sister June insists the house is donated to the National Trust, Dorothy seeks other means of maintaining her beloved habitat. From selling her ancient heirlooms to renting out space for the filming of a ‘mucky’ film, the battle is on to secure her future and preserve her past – with the view of getting central heating and an ensuite bathroom.

In Alan Bennett’s most recent play, fans will recognise his usual warm style which studies human behaviour and relationships; rich in characterisation with dry dialogue and satirized subjects, People typifies Bennett’s work.  Occasionally verging on farce, the show is also distinctly cheeky; counterpointing an elderly couple against a backdrop of underhand businessmen, bishops and pornographic shenanigans, it invites physical humour to compliment a barrage of dry Northern wit and charm. As such, the show feels wildly disparate and in a comedy genre of its own, whilst wholly convincing that anything could happen within its own quirky world.

Principle performances are excellent, with Brigit Forsyth convincingly aged up as Iris. Her shuffling stiffness and croaky tones are both endearing and beautifully resigned to circumstance, conveying an acerbic exhaustion and apathy. Selina Cadell as June brings out all the airy hypocrisy in her agnostic-archdeacon position with much mirth, whilst Paul Moriarty provides a jolly performance of Theodore, the old cockney love-flame.  Without any doubt, however, this show belongs to Siân Phillips whose elegant portrayal of Dorothy is both poignant and hilarious. Lloyd has a vocal presence which is authority and charm personified, providing a grace of movement that is almost balletic. In particular the gentle song and dance scenes between Phillips and Forsyth are deeply moving – through their childlike simplicity – recalling a time when they were younger things: different people.

An overriding character in the play is the decaying house itself, superbly realised through Bob Crowley’s set and James Farncombe’s lighting design. Showcasing great height and depth, the stage presentation scales Dorothy and Iris as very small and frail figures indeed. The eventual transformation and restoration at the show’s denouement is a highlight of the piece and a masterclass of stage montage. As rich as the writing, the presentation consistently pulls the audience into a real sense of place, leaving an indelible image.

A warming hug of a show laced with dark humour and plenty of sauce and camp, People is classic Bennett, exposing the flaws and frailties of human nature.  Directed with finesse, perfectly paced and beautifully staged, it is a show of fine ideas and coarse laughs filled with lovable and diverse characters who can’t be forgotten. A better evening could hardly spent than with Alan Bennett’s People.