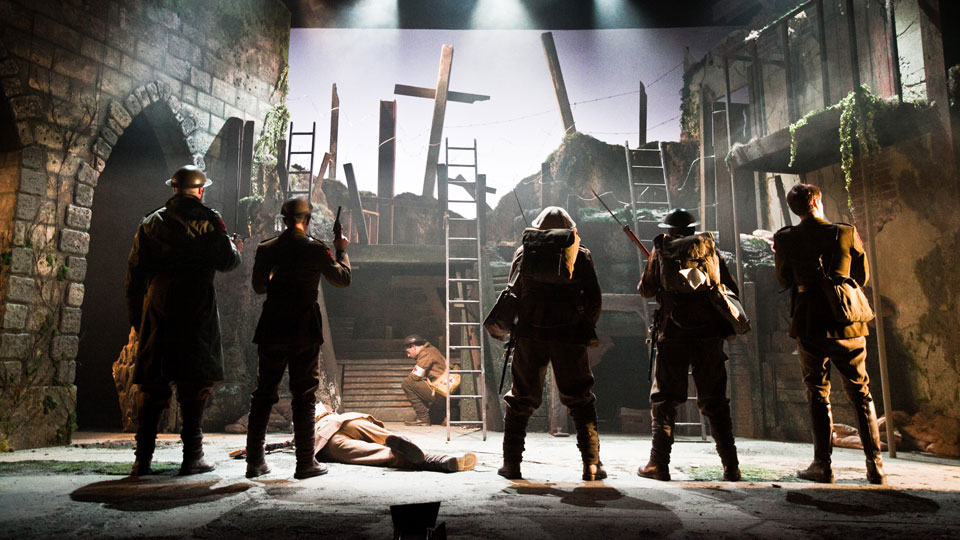 Birdsong is to tour the UK in 2014 to mark 100 years since the outbreak of the First World War.

Based on the novel by Sebastian Faulks with a stage adaptation by Rachel Wagstaff, the tour will begin on 12th February at Devonshire Park in Eastbourne. The new tour follows the hugely successful 2013 tour which was seen by over 750,000 people.

The synopsis for Birdsong is:

In pre-war France, a young Englishman Stephen Wraysford embarks on a passionate and dangerous affair with the beautiful Isabelle Azaire that turns their worlds upside down. As the war breaks out, Stephen must lead his men through the carnage of the Battle of the Somme and through the sprawling tunnels that lie deep underground. Faced with the unprecedented horror of the war, Stephen clings to the memory of Isabelle and the idyll of his former life as his world explodes around him.

Talking about the new tour Sebastian Faulks said, “Both Rachel and I want this to be the definitive version of Birdsong on stage. The audience watch it and think, thank God I have never undergone all of this. These experiences are far outside the lives of most people but there is something about the way the production works which makes people identify and think, it could be me…”

The tour of Birdsong will continue to support Help For Heroes after raising over £50,000 on the UK 2013 tour.

For a full list of dates and ticket information go to www.birdsongthetour.com

Advertisement. Scroll to continue reading.
In this article:Birdsong, Sebastian Faulks