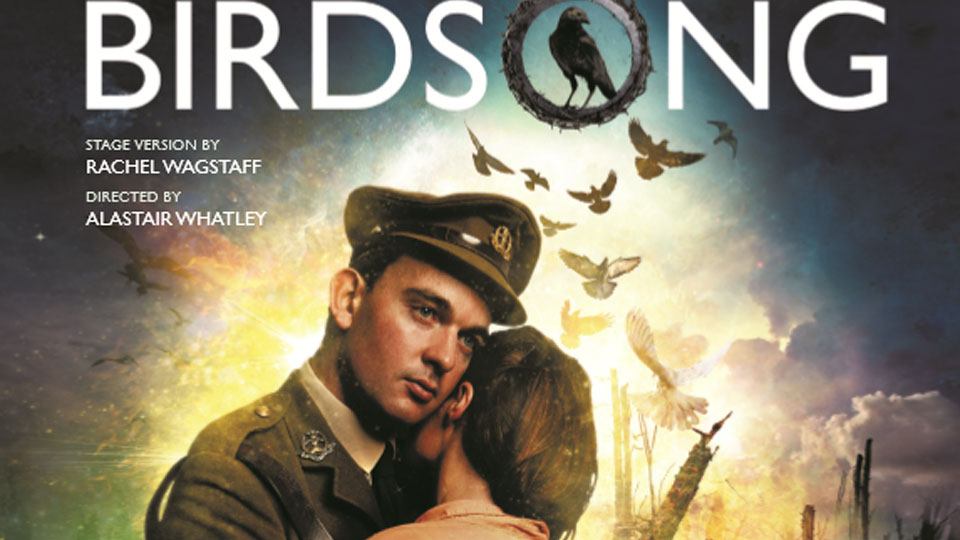 The 2015 national tour of Rachel Wagstaff’s stage play Birdsong, adapted from the novel by Sebastian Faulks, will open on 4 February 2015 at the Fairfield Halls in Croydon. The production will tour until June 2015.

Touring during the 100th anniversary of the First World War, Birdsong tells a mesmerising story of love and courage, before and during the war. In pre-war France, a young Englishman, Stephen Wraysford, embarks on a passionate and dangerous affair with the beautiful Isabelle Azaire that turns their worlds upside down. As the war breaks out, Stephen must lead his men through the carnage of the Battle of the Somme and through the sprawling tunnels that lie deep underground. Faced with the unprecedented horror of the war, Stephen clings to the memory of Isabelle and the idyll of his former life as his world explodes around him.

The 2013 and 2014 tours were hugely successful and critically acclaimed. Sebastian Faulks was thrilled the show was re-mounted to tour again, and has previously stated: “Both Rachel and I want this to be the definitive version of Birdsong on stage. The audience watch it and think, thank god I have never undergone all of this. These experiences are far outside the lives of most people but there is something about the way the production works which makes people identify and think, it could be me…”