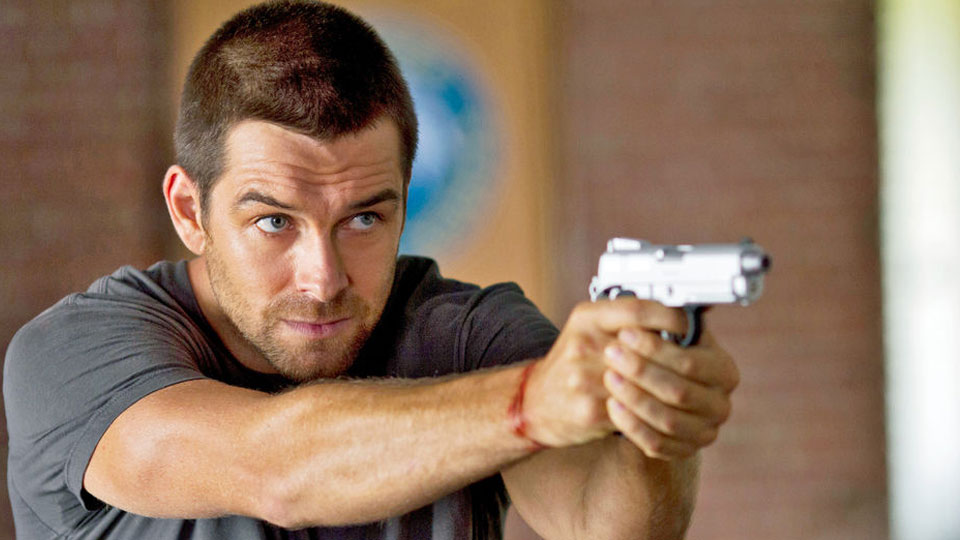 After serving 15 years in prison for stealing diamonds from Ukranian gangster Mr. Rabbit (Ben Cross), a convict (Antony Starr) arrives in the small town of Banshee, Pennsylvania after tracking down his former lover and partner-in-crime Anastasia (Ivana Milicevic). He soon finds out that Ana is living under the name of Carrie Hopewell and is now married with two children. On his first day in town new sheriff Lucas Hood is killed during a bar fight and the convict assumes his identity. As he settles into his new life and job, his past starts to catch up with him and the secrets of the people of Banshee start to come out.

Banshee is an original series by Cinemax that is executive produced by True Blood creator Alan Ball. Created by Jonathan Tropper and David Schickler, the show is a fast-paced, action-packed and gruesome series that is incredibly addictive. The storyline is pretty over-the-top but it doesn’t hamper your enjoyment of the show at all. In fact it’s part of Banshee’s charm and it’s fun to lose yourself in a completely fictional world over the season’s 10 episodes.

At the centre of it all is the unnamed convict who passes himself off as Sheriff Lucas Hood played expertly by Antony Starr. Starr is an attractive chap with considerable acting chops who hails from New Zealand. Even though Hood isn’t a particularly likeable character, Starr plays him with incredible charm and you do root for him hoping the rest of the town won’t find out he’s not really the sheriff. Hood is an impulsive character that wants to get the job done rather than worry about the right way to do things and gets himself into plenty of trouble. His storyline with Ana/Carrie is the central focus of the show and the first season plays on a will they/won’t they dynamic as they reconnect. Ana has secrets of her own which tie into Hood’s past and threaten to ruin the perfect suburban life she has built with herself.

Outside of Hood and Ana there are plenty of strong supporting characters. Ben Cross is perfectly menacing as the mysterious gangster Mr. Rabbit whilst Ulrich Thomsen’s Kai Proctor gently simmers all season as the resident crime kingpin. Hoon Lee is a scene-stealer as transgender computer hacker Job who has history with Hood and Ana and we loved Frankie Faison as the unassuming but very clever Sugar Bates. Lili Simmons marks herself as one to watch out for with her turn as rebellious Amish girl Rebecca Bowman, the niece of Proctor.

Some may find the explicit sex scenes and gruesome violence a little too much to handle. There’s one scene in the sixth episode that involves a flashback, an albino and a razorblade that we won’t be forgetting any time soon. If you’re not one for lots of blood then we suggest you steer clear. If you quite enjoy a bit of violence though you’ll love the show, and if you’ve seen True Blood the sex won’t be all that shocking to you.

Extras on the DVD boxset include audio commentaries on selected episodes, deleted scenes and a season two teaser trailer.

Banshee – Season 1 is a fantastic watch and one that you can lose yourself in very easily. With a great array of colourful characters, gripping stories and superb acting the show is one we’ll definitely be tuning into when it returns for a second season in 2014. The final episode leaves a lot of things up in the air and we can’t wait to get back to Banshee and see how it all unfolds. Could this be our favourite new show? We think it might be.