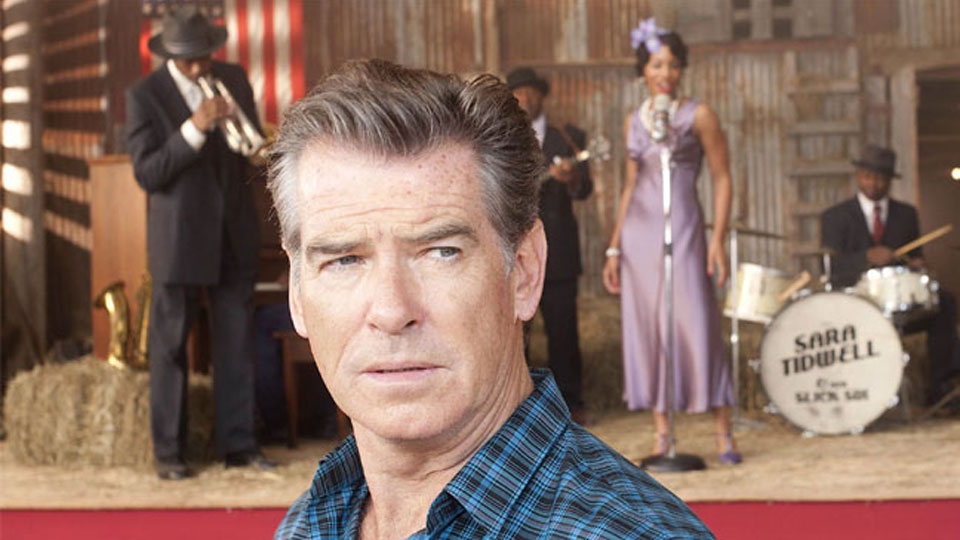 Best-selling writer Mike Noonan (Pierce Brosnan) is left devastated when his pregnant wife Jo (Annabeth Gish) is killed whilst crossing the street. Plagued by nightmares about the event, Mike soon begins to suffer from writer’s block. On the advice of his brother, he decides to venture out to his summer home on Dark Score Lake in Maine. Upon arrival he meets beautiful widow Mattie (Melissa George) and her 6-year-old daughter Kyra (Caitlin Carmichael) and soon finds himself upsetting the locals. As he begins to write again, Mike starts to have visions about 30s singer Sara Tidwell (Anika Noni Rose) and stumbles upon a mystery that is plaguing the town since it began with Sara’s death.

Stephen King released Bag of Bones as novel in 1998. It was only a matter of time before the book was made into a TV show or film, like much of King’s work. Bag of Bones was made into a two-part TV mini-series with Pierce Brosnan cast in the role of lead Mike Noonan. The series was originally aired on A&E in the US and made its way to the UK a year later. Now it’s getting a DVD release so fans can watch it over and over.

Bag of Bones is similar in many ways to other adaptations of King’s work. Spread over two and a half hours, the mini-series brings to life King’s characters and story giving them ample time to breathe and develop. At the heart of it is a mystery that is quite creepy and intense and fans of King will feel they are in familiar territory. As Mike struggles to deal with the death of his wife, he becomes consumed by the idea that her spirit is with him and urging him to solve the mystery of Sara Tidwell, something she herself was looking into.

With a few decent scares throughout, Bag of Bones is quite addictive viewing but only if you decide from the off that you are going to put logic and sense to one side. There are some huge plot holes during the series but nothing that’s going to really bother you all that much. The plot twists are a little hokey in places, or should we say classic King, but again there’s something rather enjoyable about this guilty pleasure.

Pierce Brosnan brings his unique brand of acting to the table as Mike. He’s not known for his stellar performances and at times he’s a little bit wooden, but overall he is adequate in the role. Far better is the always watchable Melissa George as Mattie. Anika Noni Rose continues to impress too as sultry singer Sara Tidwell and she very nearly steals the show. Beverly Hills 90210 fans should keep their eyes peeled for Jason Priestly who plays a small role as Mike’s agent.

Bag of Bones is classic Stephen King. The plot could be a bit tighter, the scares that bit scary and the ending that bit more logical. Despite all those things it is strangely watchable and to a degree enjoyable. We don’t know why Stephen King adaptations never seem to be wholly satisfying but Bag of Bones is a fun ride that is perfect for switching your brain off and losing yourself in the absurdity of it all.