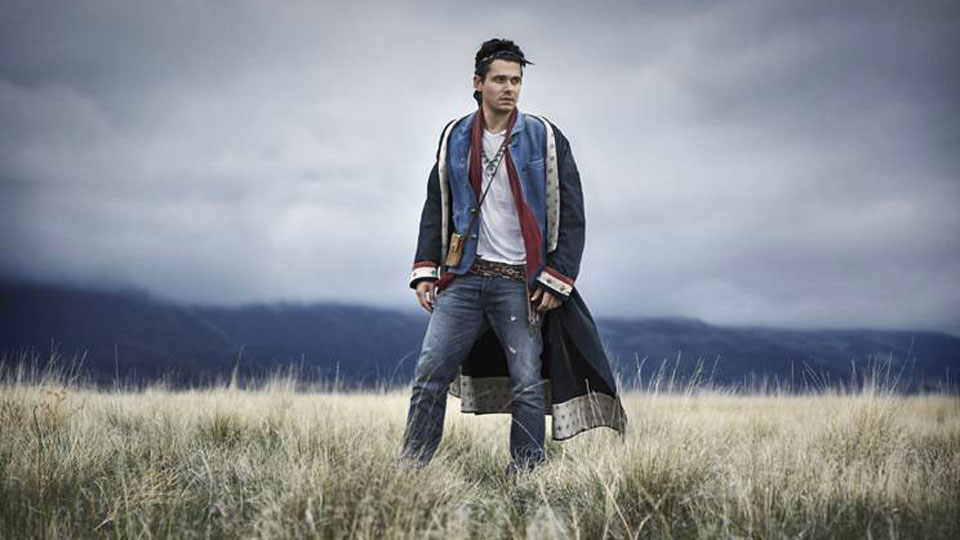 John Mayer’s popularity in the UK has taken a long time to build. It wasn’t until his fifth album Born and Raised last year that he scored a Top 10 even though he’s been topping the charts in the US since the release of his second album Heavier Things in 2003. Regardless it shows that hard work and quality music eventually pays off and it looks like his momentum is continuing in the UK with new album Paradise Valley matching the number 4 peak of Born and Raised.

Paradise Valley is quite different in sound from previous album Born and Raised. Musically it revisits the Heavier Things and Continuum eras with Mayer putting his incredible guitar skills at the forefront. Generally the music is a little more laidback and relaxed, and less country, than his last record instead opting for a folk-rock sound instead. Opening number Wildfire, which was given away as an instant download with pre-orders of the album, is a punchy number containing lots of Mayer’s trademark guitar licks and riffs.

After a few listens to the album it strikes you that Paradise Valley is much more restrained than we expect from Mayer. He sounds relaxed and freer than you’d expect considering he had vocal surgery shortly before the recording of the album. Thankfully that has done nothing to affect his voice and he sounds as great as ever. The gorgeous Paper Doll is one of the early highlights on the record whilst the simple Badge and Gun verges on country territory with its acoustic arrangement and almost lullaby like melody.

The song that has received the most buzz pre-release is Mayer’s duet with girlfriend Who You Love. On paper it sounds like it shouldn’t work but what people forget is that Perry started off with a guitar-driven sound before evolving into the popstar she is today. Lyrically the song explores Mayer’s chequered, and well-documented, love-life. A lot of his breakups have been very much in the public eye and it feels like he’s coming to peace with that part of his life on this song. Perry’s contribution is very different to what people will expect and the song is a surprisingly sweet and emotive number.

Elsewhere on the record he puts a little laidback soul into the acoustic-led Dear Marie, injects a little uptempo blues into the fantastic Call Me The Breeze, and You’re No One ‘Til Someone Lets You Down reminds you a little of the great Johnny Cash. The album’s most surprising moment comes on the reprise of Wildfire which features Frank Ocean. Like the Perry duet it shouldn’t work but it actually is very effective.

Paradise Valley is another strong record from Mayer. Whilst we don’t feel it quite reaches the highs of previous albums, it’s still head and shoulders above the majority of music out there. Mayer is a gifted songwriter, singer and guitarist; there’s really no one else like him in the industry at the moment. We’re glad to see his UK success continuing and we can’t wait to hear him play this record live later in the year.