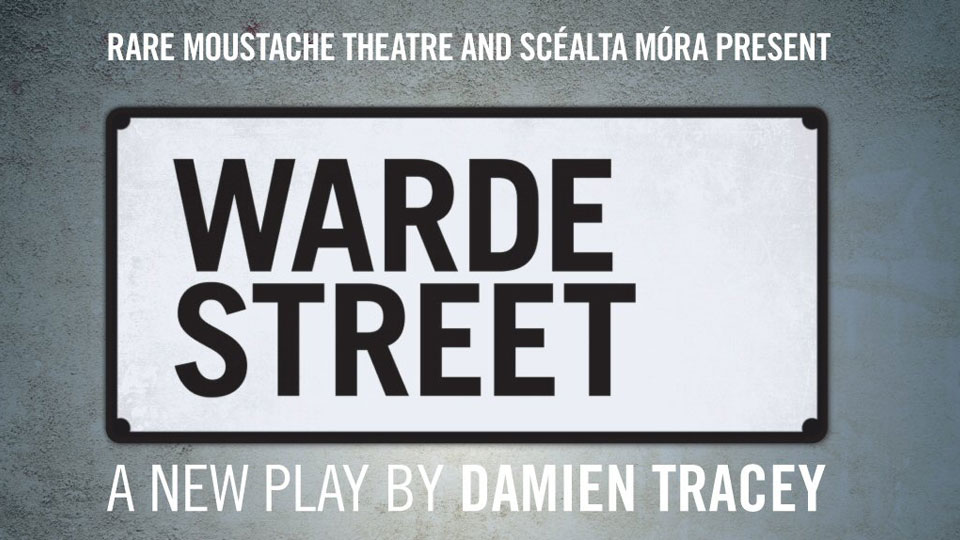 Warde Street is playing until Saturday at the Tristan Bates Theatre near Covent Garden as part of the Camden Fringe. An intelligent new play by Damien Tracey, it deals with religious differences and the consequences of terrorism.

The play falls into two distinct halves. The opening half-hour or so concerns a not very interesting story of a white politician, his affair with a Muslim woman whose brother is suspected of shooting a tragic 7/7 survivor, and whether or not the politician will be a character witness at the brother’s trial. The writing is a touch heavy-handed and expositional; the performances unconvincing and the direction uninspired. It’s not the most auspicious of starts. Things pick up considerably when Omar Ibrahim appears as Ashfaq, the young man charged with murder. Suddenly there’s a charming, nuanced and credible performance to watch.

It isn’t until the action flips back chronologically to the night where Ashfaq’s life was turned upside down that the play bursts into life, but once it finds its feet, it creates some cracking drama. Instantly the writing is sharper, the pacing is better and the performances enthral.

Ashfaq and Eddie are old friends who have drifted apart. After a crisis, Ashfaq found consolation in Islam. Later, Eddie’s life spun out of control after his girlfriend was killed in the 7/7 terrorist attacks. Eddie ends up wondering: how can the source of his old friend’s consolation be the same ideology that has caused such devastation in his life? Drunk and embittered, Eddie pays his old friend Ashfaq a visit late one night…

Shane Noone makes an immediate impact as the Irish Eddie, and he works extremely well with the excellent Omar Ibrahim. The patter between them is enjoyably played, and the writing is peppered with hints of the darker twists and turns the drama will take. From comedy to anger and despair, Noone and Ibrahim are phenomenally good, and their performances ring true at every turn. Ruby Visaria has fewer minutes on stage, but as Yasmeenah, Ashfaq’s wife, she successfully adds another voice to the story.

By the end of the play many in the audience were leaning forwards on their seats. A palpable tension had been successfully created and sustained.

Writer Damien Tracey makes valid and interesting observations about the nature of faith and the influence of religious belief on the individual as well as society. He makes no dogmatic points, nor provides any answers, but that’s not the intention of the piece. His exploration of ideas is thought-provoking and necessary, but more importantly, woven into an entertaining piece of theatre.

Warde Street would be a terrific one-act hour-long play simply by cutting the unnecessary and tedious preamble. It’s possible to forgive a poor opening as by the end of the play you’ve forgotten all about it: but it would have more overall impact to hit the ground running.