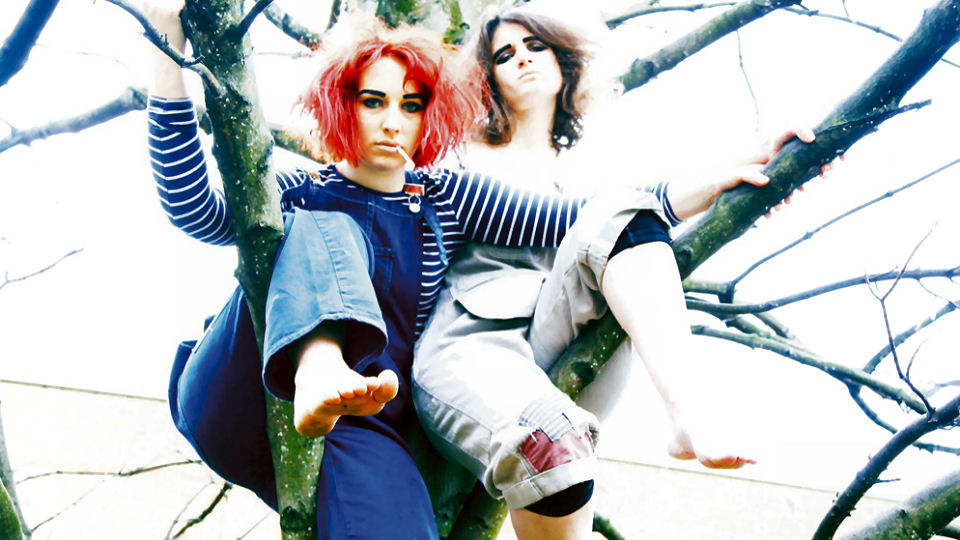 Joining West Yorkshire Playhouse as Associate Company, innovative theatre company RashDash begin this new relationship with the first national tour dates of their riotous show The Ugly Sisters. Developed as part of Furnace before premiering to acclaim at last year’s Edinburgh Fringe, this electrifying cabaret performed by Abbi Greenland and Helen Goalen with Brighton band Not Now Bernard will be staged in the Courtyard Theatre on 13th – 14th September.

Set to a thumping live soundtrack, The Ugly Sisters tells the true story of the most notorious villains in fairy-tale history. Influenced by the Object report in 2011 following the Leveson enquiry, RashDash’s daring interpretation of Cinderella explores themes of objectification and sexism in the media, using an exhilarating mix of live music, story and physical theatre to expose the ugly truth behind the famed story of the siblings.

Sisters Emerald and Pearl are forced to move in with their mum’s weird new husband and are cast aside in favour of their new and perfect step-sister. When they’re selected for reality show You Shall Go To The Ball, the sisters try to win back the love of their mother, Prince Frederick and the whole country. With clanging keys, thumping drums and violent vocals, The Ugly Sisters is a harsh look at media representations and public approval.

RashDash was formed at The University Of Hull in 2008 by Abbi Greenland and Helen Goalen. The company evolved from a shared desire to make work that is physically exciting, experimental and challenging for performers and audiences, mixing story, song, music and dance. At the heart of the company is a strong, young female identity. This autumn RashDash joins West Yorkshire Playhouse as Associate Company, furthering a relationship that has developed from collaborations through artist development programme Furnace and the Transform festival.