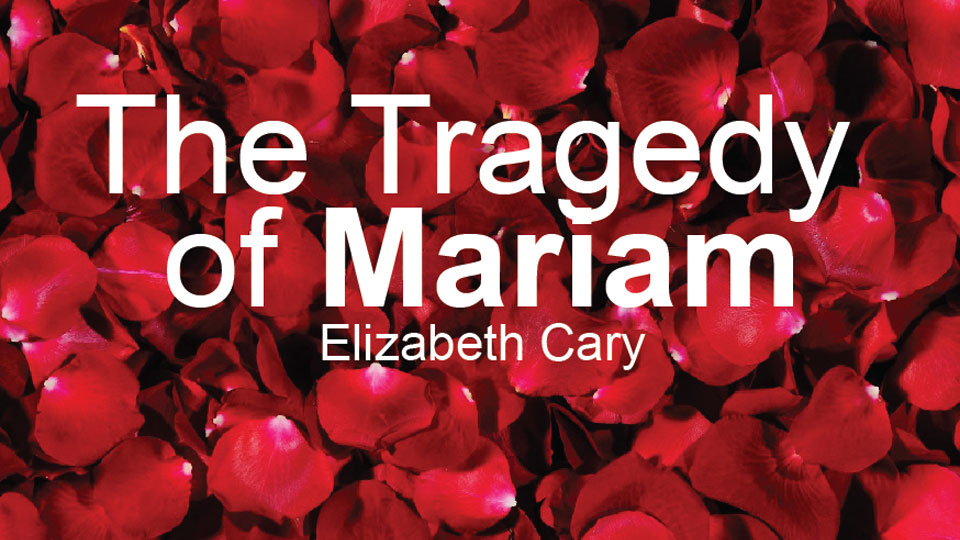 The Tragedy of Mariam review

Appearing at the Tristan Bates Theatre near Covent Garden (attached to the Actors’ Centre) as part of the Camden Fringe is a production of the rarely-staged The Tragedy of Mariam. The historical significance is that it is the first play known to be written by a woman – Elizabeth Cary – who was a contemporary of Shakespeare.

It’s brought to the stage by the classics specialists Lazarus Theatre Company, and this week offers a opportunity to experience one of the less well-known and neglected voices of Jacobean theatre. The Tragedy of Mariam is also unusual in that the female characters outnumber the male, and it is the women who are strongly drawn. Herod is the only male here, and since he by implication represents the male sex (not exactly sympathetically), it’s easy to see why the play’s reputation rose amongst feminists in the 1970s.

The Tragedy of Mariam tells the story of the intrigue within the royal family of Jerusalem in the early First Century BCE. Herod is missing, presumed dead. When he returns to court alive and well, his wife Mariam is unable to give him a warm welcome, and the plotting Salome convinces the offended king that his wife has not remained faithful.

The significance of the piece aside, taken on its own merits as a drama, The Tragedy of Mariam is not unproblematic in terms of its staging. There is little interaction between characters, giving it the feel more of a series of interconnected monologues than a play in its own right. This style affords every actor good speeches to make an impression, but it leaves it difficult for the drama to fully catch alight.

It’s given an expressionistic approach here, with characters remaining on stage throughout, even when they’re not part of the scene. The actors often moving through dance, with black masks and red petals vividly evoking death and blood in what turns out to be a story with a high body count. The end result is that it’s aesthetically beautiful, but emotionally unalluring.

There are a few standout performances, notably Celine Abrahams’ beautifully-observed Mariam, whom she plays with dignity and conviction, even bringing forth tears. Paula James also impresses as the jealous and scheming Salome with a characterisation that is all too recognisably human. Stephen MacNeice’s Herod is oddly neurotic, but as he’s playing a tyrant it works – perhaps because it’s unlike any other performance in the piece.

This production is a rare opportunity to see The Tragedy of Mariam fully staged. It’s very easy on the eye and stylish, but the play lacks emotional punch.

Visit the Lazarus Theatre Company website for more information about their work and autumn season.