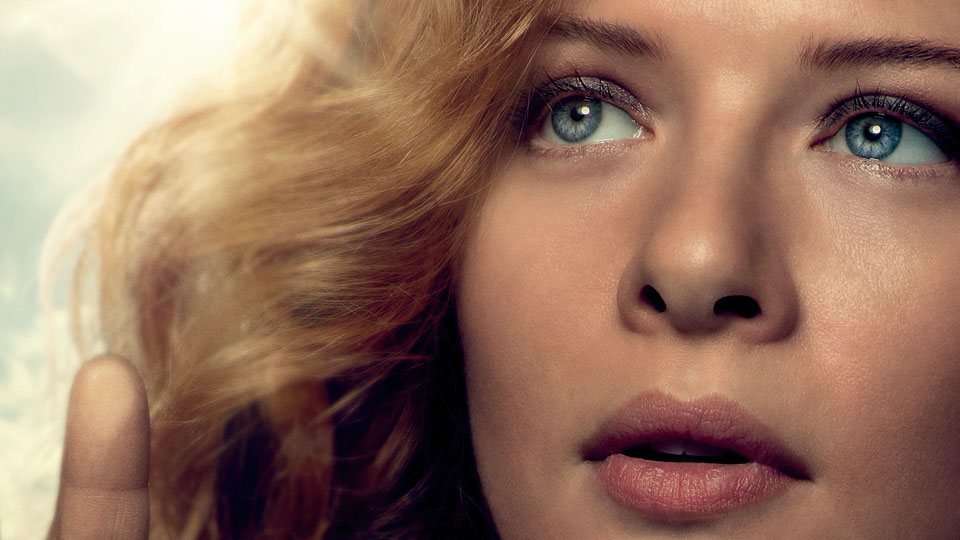 Under The Dome made its debut on Channel 5 tonight weeks after it became a huge ratings hit in the US. The show, which is based on Stephen King’s book of the same name, has already been commissioned for a second season of 13 episodes before the first season has even finished. The star-studded cast – Mike Vogel (Pan Am), Britt Robertson (The Secret Circle), Rachelle Lefevre (Twilight) and Jeff Fahey (Lost) to name a few – are sure to have been part of the lure for viewers. Now we’ve had the first episode in the UK did it live up to the hype?

The Pilot episode of Under The Dome is really a scene-setter, just like most pilot episodes, but it packed enough intrigue and a few surprises along the way. The inhabitants of small town Chester’s Mill are shocked when a dome crashes down on them and cuts them off from the rest of the world. No one can get it, or get out, and obviously this soon creates a rather dramatic situation as supplies are limited and panic is guaranteed.

Of those caught inside the dome there’s Barbie (Mike Vogel) an Army veteran whose escape from Chester’s Mill was prevented when the strange dome appeared, waitress Angie (Britt Robertson) who is trying to end her relationship with the freakishly intense Junior (Alexander Koch), investigative reporter Julia (Rachelle Lefevre) and politician James Rennie (Dean Norris). There are various other members of the community too but these are the ones that made the biggest impression over the course of the first episode.

At the start of the episode we see Barbie burying a man’s body in the woods but we’ve not idea why or how the situation came to be. A reveal at the end of the episode helps to clear up part of that mystery when we realise the man Barbie has presumably killed is Julia’s missing husband. This reveal is made even more awkward by the fact that Julia takes Barbie under her wing and offers him a place to stay. We wonder how long it’ll be until she finds out she’s harbouring her husband’s killer?

Elsewhere in the town Angie tries to break off her relationship with Junior as she dreams of getting out of Chester’s Mill. He doesn’t take that news all too well and later sees her flirting with Barbie. After threatening Barbie later in the episode, Junior kidnaps Angie and locks her in his family’s bunker. We’re guessing that she probably won’t want to get back together with him when/if she breaks out of there. Sometimes honesty is clearly not the best policy. What’s even more interesting is that it turns out Junior is the son of politician James ‘Big Jim’ Rennie so we imagine a scandal wouldn’t go down too well either.

The rest of the episode really was establishing the rest of the characters and setting the story up for the next 12 instalments. As the dome crashes to the ground and traps the town a poor cow is chopped in half and shown in surprisingly gruesome detail. The sudden appearance of the dome seems to have destroyed some houses and taken a poor woman’s arm with it too. On the other side of the dome we see a truck crash into it, and get concertinaed in the process. There are also a few characters stuck on that side with no way of getting through the dome or being able to communicate properly with the trapped residents.

Over the course of the episode two characters suffer from bizarre seizures which sees them ranting about the stars falling. The first is the daughter of Carolyn (Aisha Hinds) and her partner Alice (Samantha Mathis) and they mistakenly think she’s had a diabetic seizure. The second is Joe (Colin Ford) a teenager whose parents are stuck outside the dome. What can it all mean?

As the episode draws to a close Chief Perkins (Jeff Fahey) tries to tell his deputy Linda (Natalie Martinez) a dark secret about the town but is stopped when his pacemaker explodes. Prior to that there was discussion between Perkins and Big Jim about a stockpile of propane. Surely that means a huge and dramatic explosion is on the cards at some point?

Based on the first episode we can see ourselves getting hopelessly addicted to Under The Dome. The premise is very interesting and there were enough twists and turns in the episode to ensure that we’ll be tuning in next week to see how the plot develops. The cast is strong and so far so is the writing. It would seem the buzz from the US is justified.

What did you think? Cast your vote below: