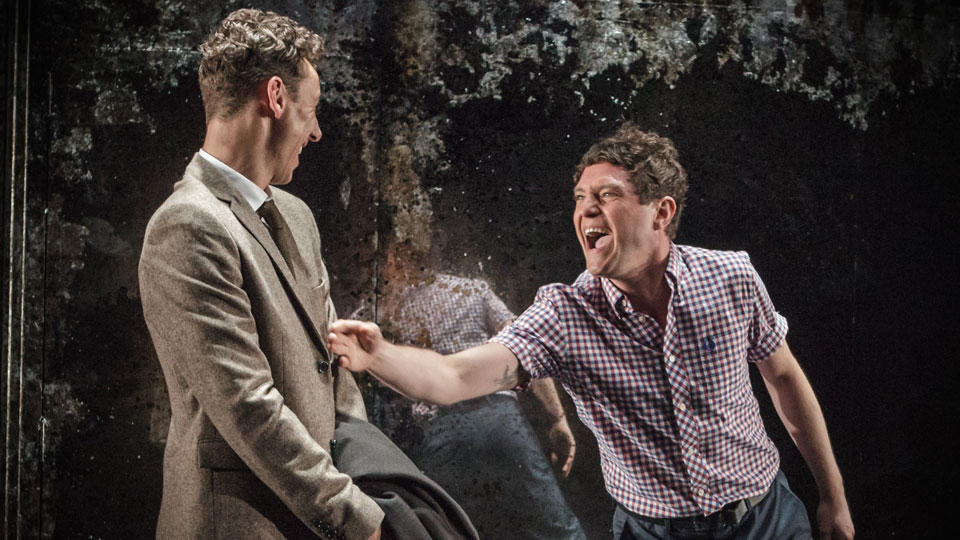 The Pride is the third production of the Trafalgar Transformed season. Trafalgar Transformed is a season of outward-looking, politically charged plays. The Pride cleverly changes through time, from 1950’s oppression, to the present day anything-goes and the freedom of attitudes towards homosexuality in the present day. The truth about the play, is that it has no boundaries in revealing the strength and fragility of the human spirit, showing the much soul searching that people go through, in order to realise who they truly are and to be true to themselves and the difficulties that we all experience, as we go through life.

Pride is full of emotion, relaying the stories of lost and confused souls, confused minds and difficult and complex love triangles. There is more drama in The Pride than a Christmas special of EastEnders and the power of the acting really blew us away. Matthew Horne for us, was the stand-out actor – despite incredibly powerful displays of acting from all of the cast. Horne played several characters with excellent timing, his facial expressions were priceless and we only wished that his dressed up Nazi-dominatrix character was a permanent and a more present feature in the play, as he had us in floods of laughter and we could have watched half an hour or more of that character alone, it was the perfect slice on humour that the play badly needed.

At times, certain parts of the play we felt were really quite unnecessary in terms of plot development and seemed purely thrown in, to just provoke a reaction. If that was the case, then it was greatly achieved. The only problem that we had with The Pride, was that at times, it was a little difficult to keep a track of, or even to realise what was happening and we found ourselves sitting there, feeling puzzled. There seemed to be a lot of unnecessary dialogue, that we felt could have been cut out and wasn’t really necessary. There is an enormous darkness to the play, which got a little bit too creepy at times also.

It is not all despair and confusion however, as there are a quite few humorous lines that get thrown in from time to time, which really lift the play where it is needed.

The overall feeling that we went away with, was that this was one of the most serious and powerful plays that we have ever seen. We experience the full force of emotions that we can go through as human beings, although we are not entirely sure that we enjoyed it, but it did leave us wanting to discuss what we had just seen in great depth, The Pride is certainly thought-provoking. You will be hard pushed to find a more emotionally charged play currently playing in the West End. This play is certainly not for everyone, or for people of a prudish nature, or for the easily shocked, as there are scenes of a very graphic nature, which some people may find very disturbing -something which is not wholly mentioned in the play’s description and advertisement.